Winnie the Pooh has been a stand-in for Xi after netizens noted how both are quite… rotund. The little bear pops up often in HK protest art, a light-hearted way to mock a man who demands the world take him seriously. 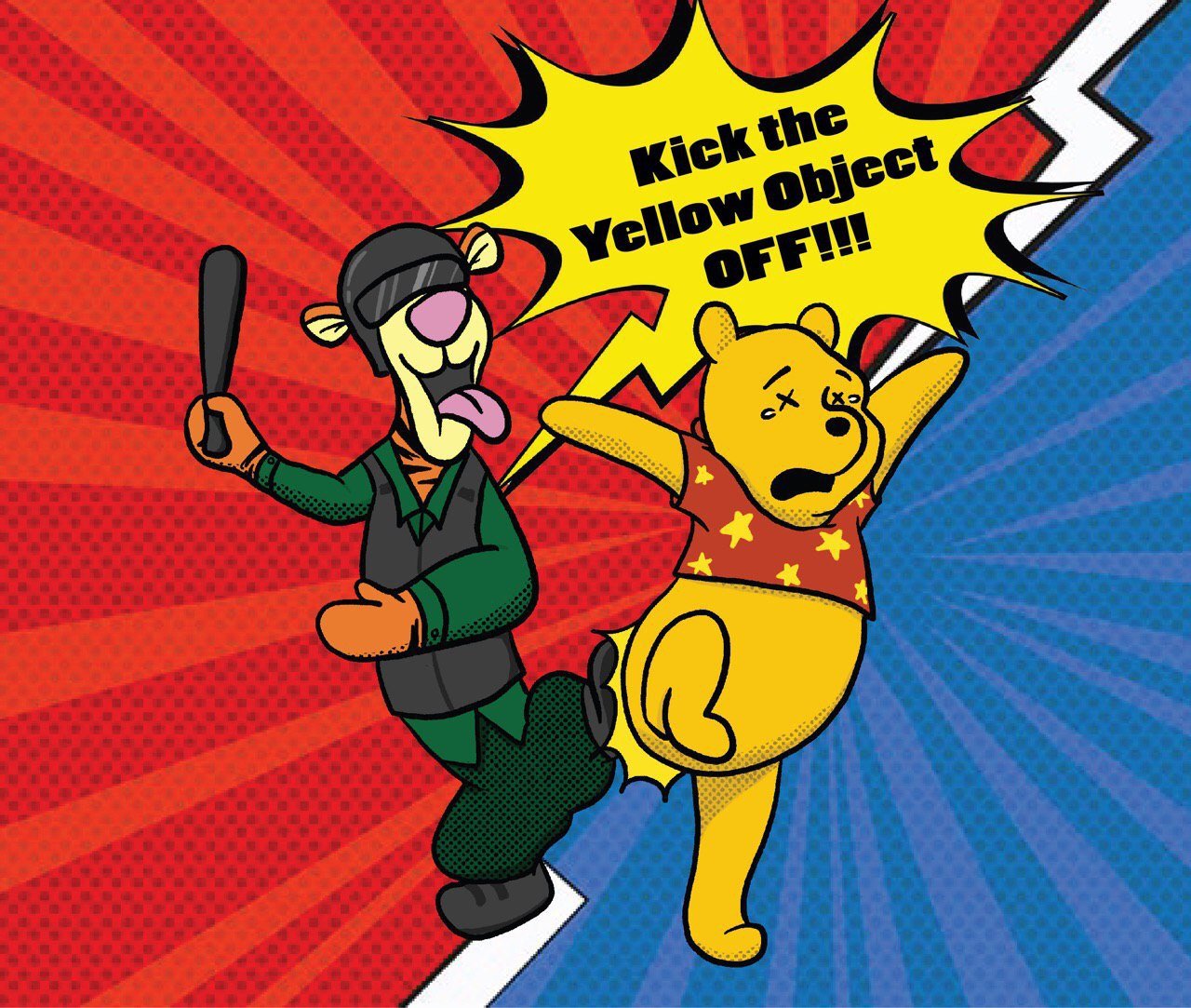 One from early on - a lot going on. You have the Chinese talisman that says ‘Lam resign’. There’s Lam. There’s Pooh. And a weird pun/ math joke - Lam is a ‘terrorist’/’terror numerator’, while Pooh is the ‘terror denominator’. We’ve always known who’s pulling the strings. 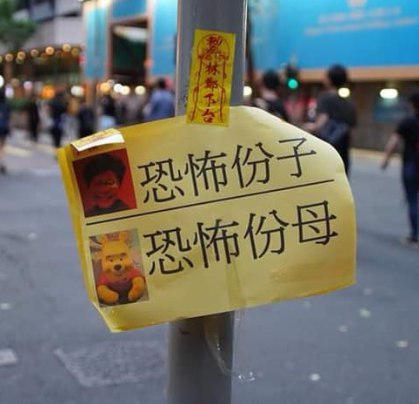 Some weird ones where Pooh takes on Xi’s face. The bear standing in front of a CCP tank spouting lines is just… weird. Thing to note here is that Pooh works as a symbol also because the red/yellow colors match the CCP flag nicely. Sometimes, things just work out that way. 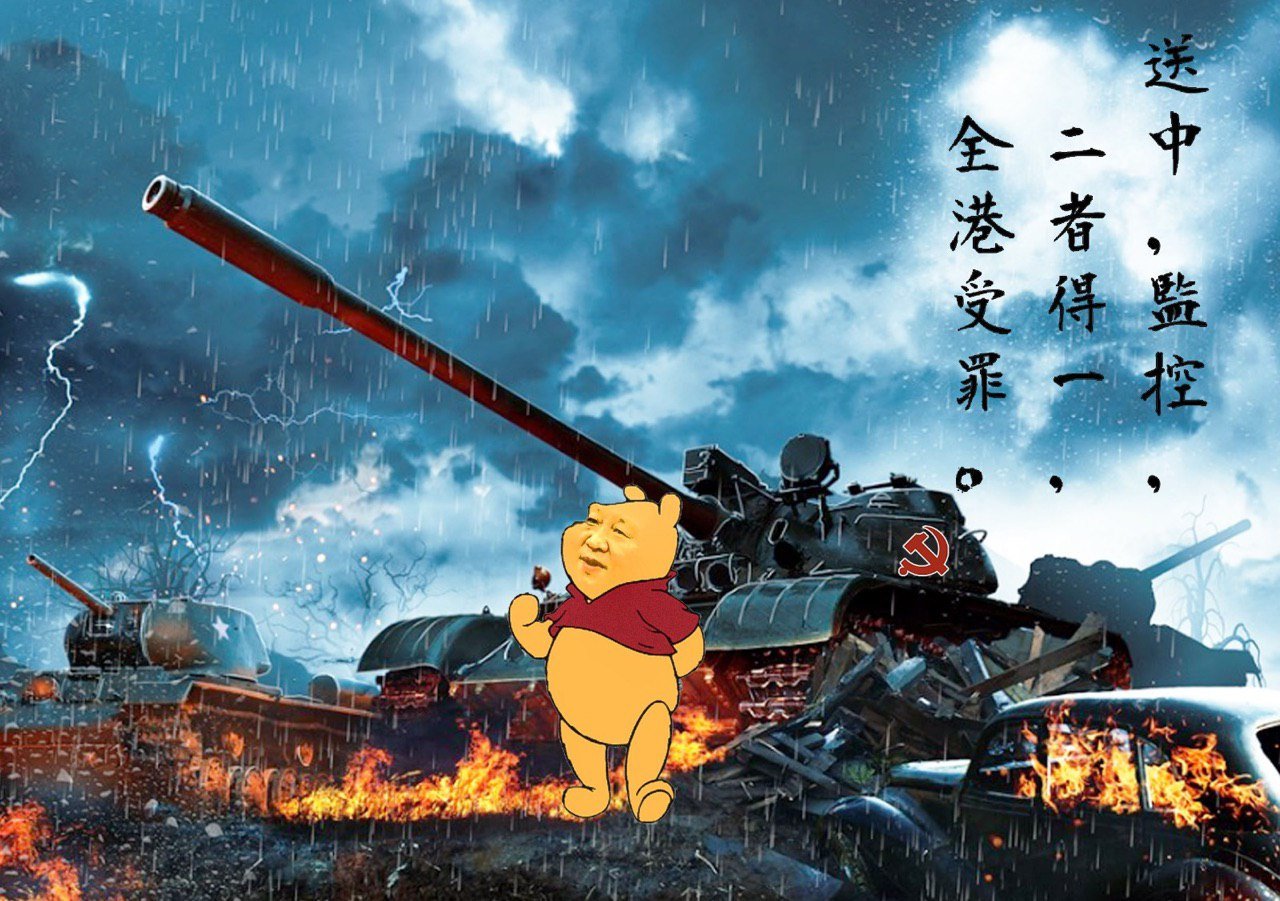 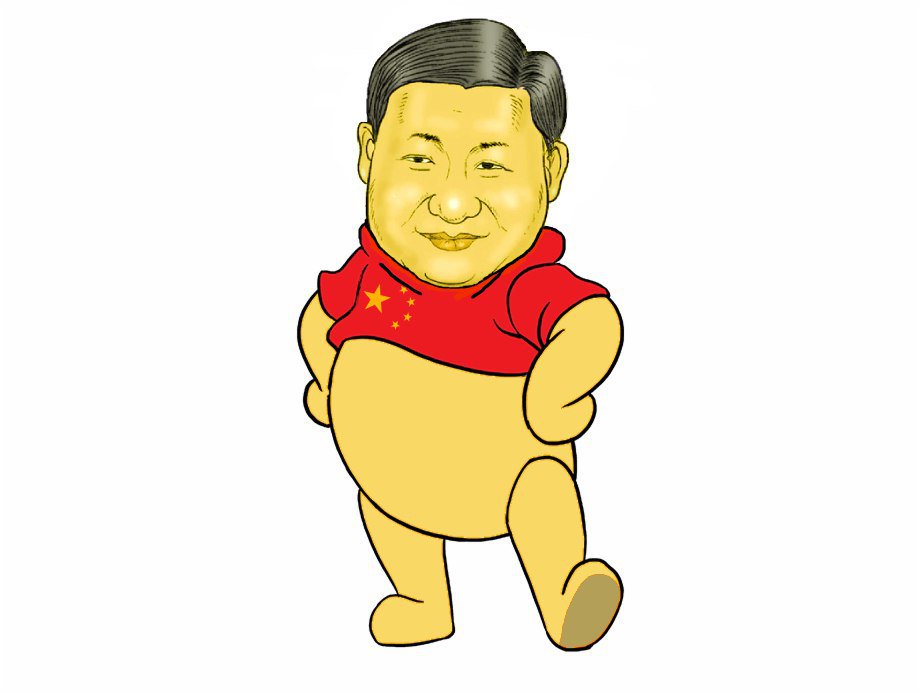 Left is a @badiucao original - Lam & Pooh as the ‘This is fine’ dog, except with LASERS too. Right is based on on one of badiucao’s pics, inspired by tycoon Li KaShing’s ad which, quoting Tang poetry, asks CCP to spare HK. Pooh is not having it here, hungry to break HK. 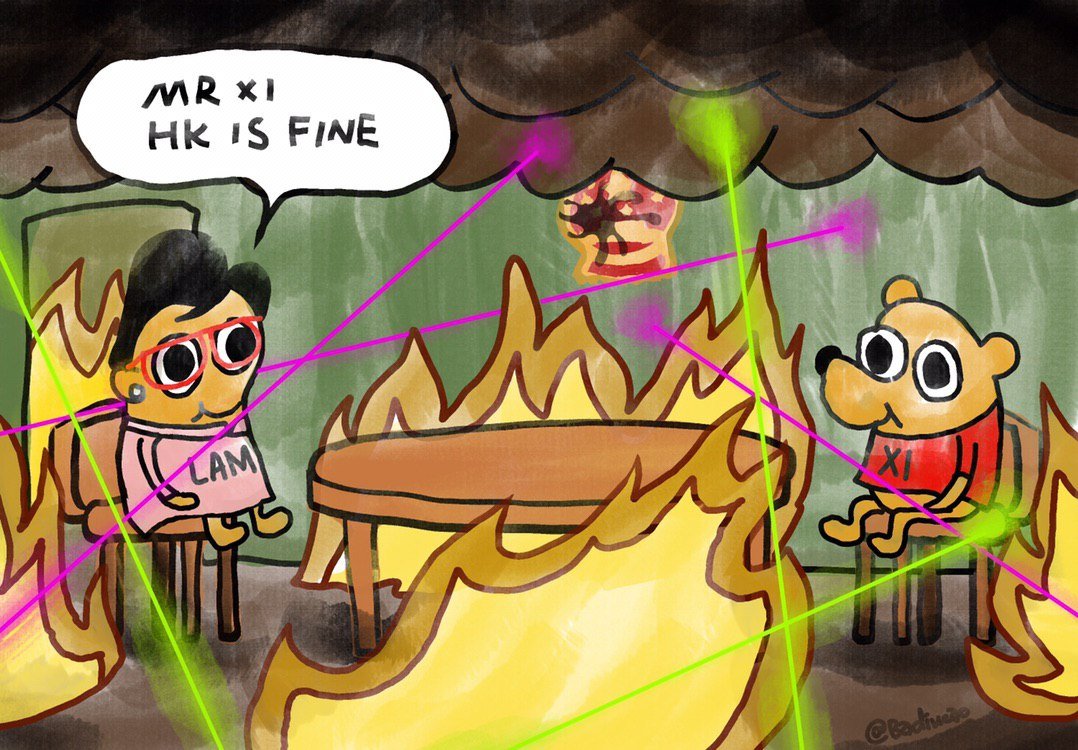 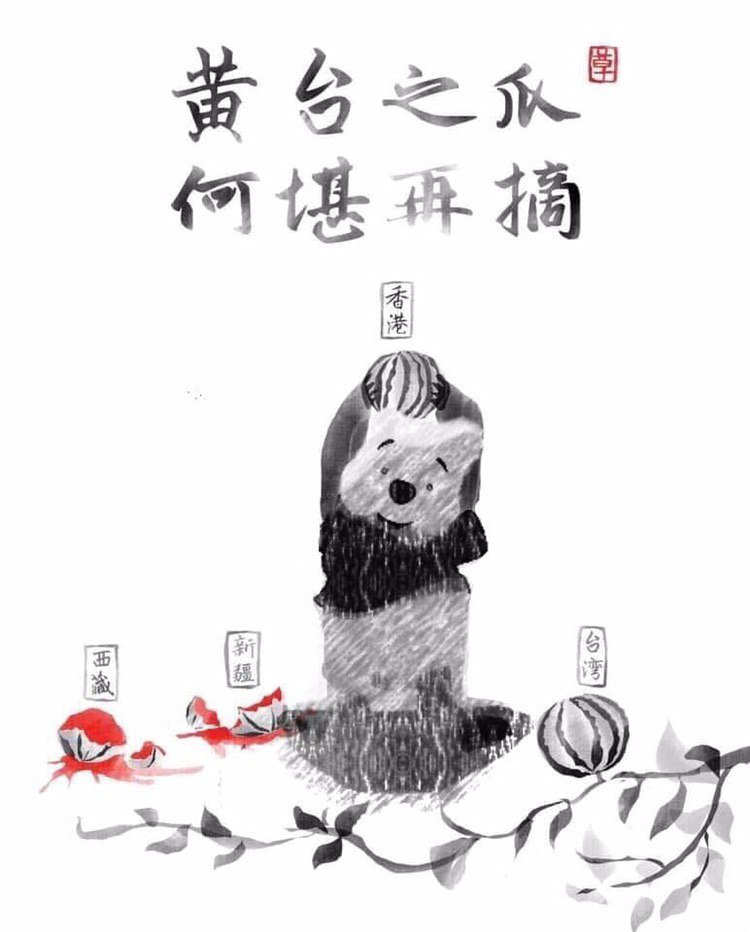 There’s something truly unsettling about Pooh’s good-natured smile even when doing some truly heinous things. HKer on a leash? Smile! Gobbling on hearts? Smile! Getting ass kissed by lackeys? Smile! Setting your dogs on innocents? Smile!…

Probably not far from the truth. 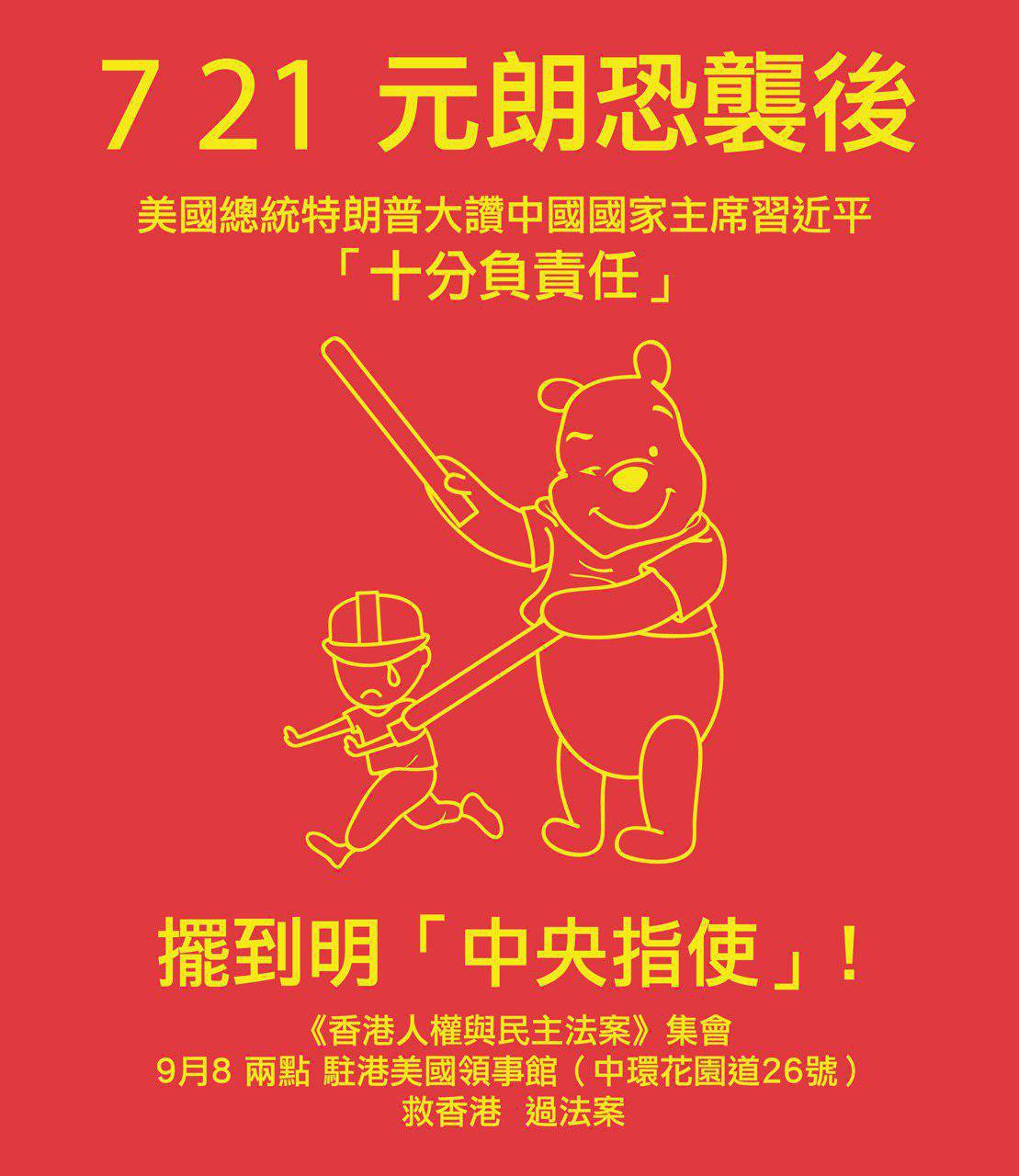 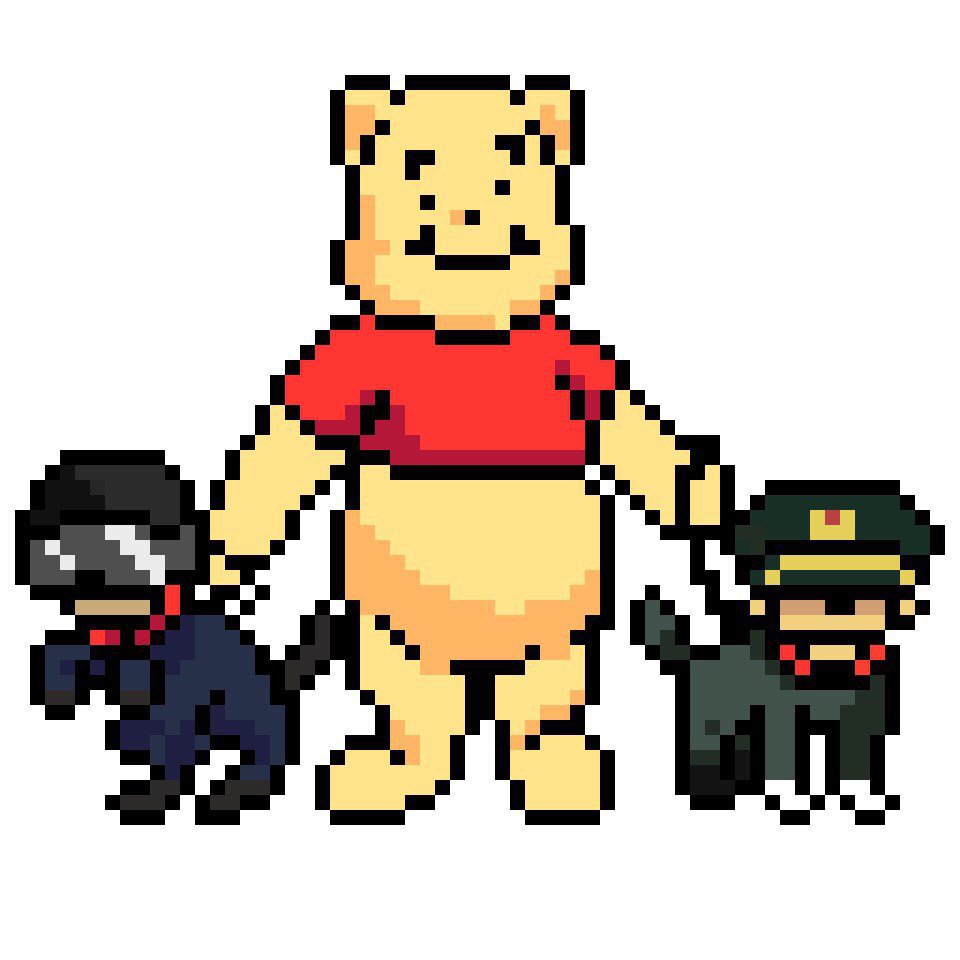 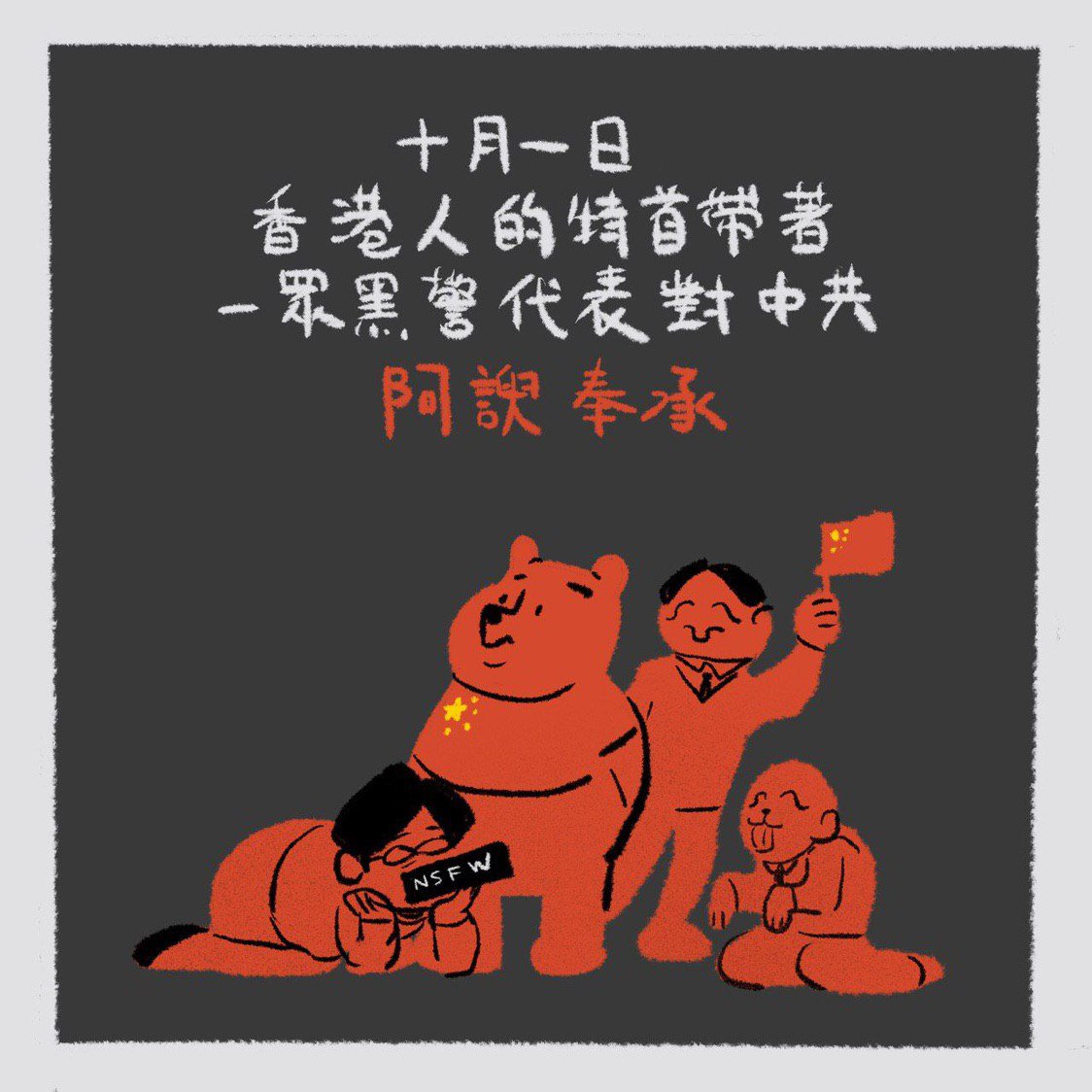 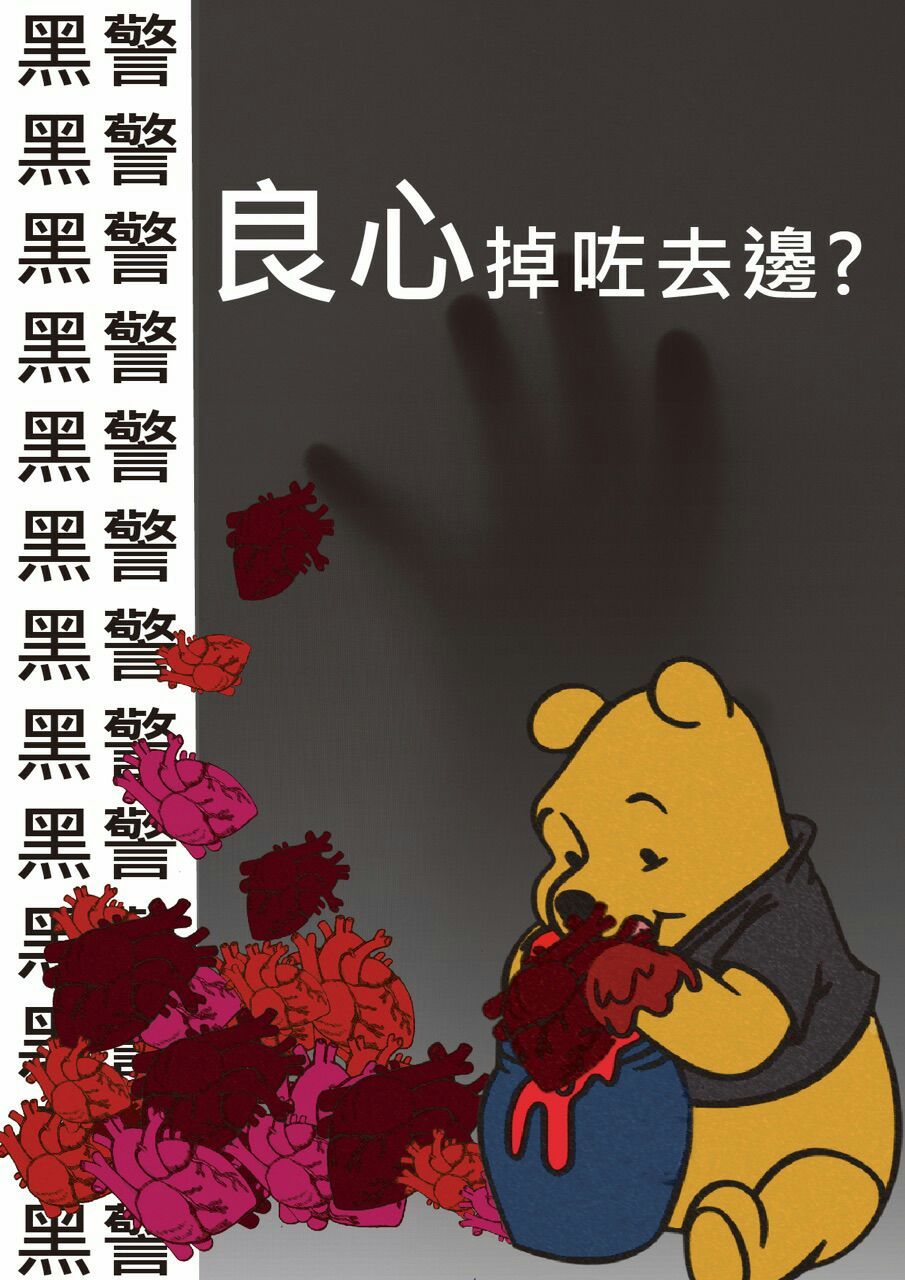 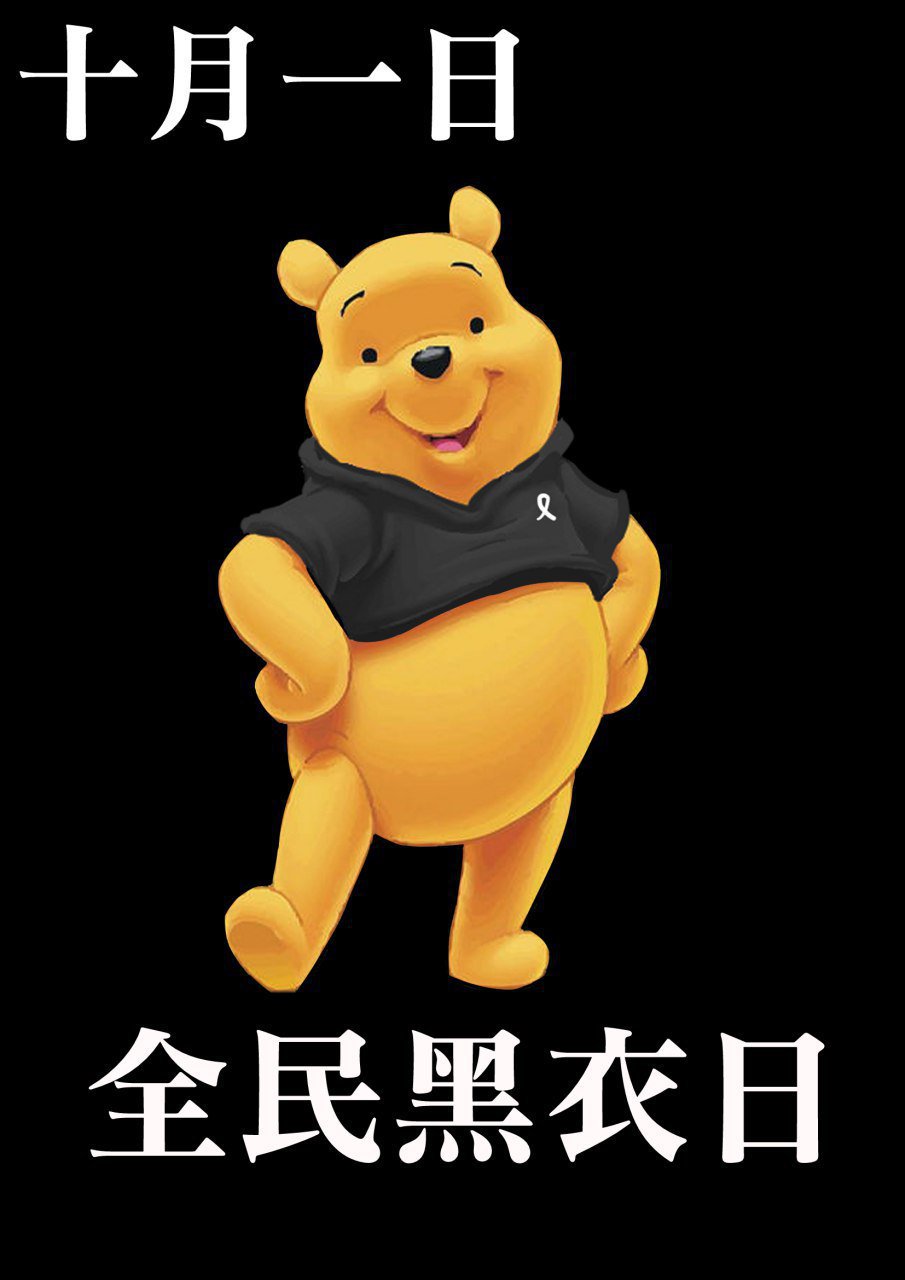 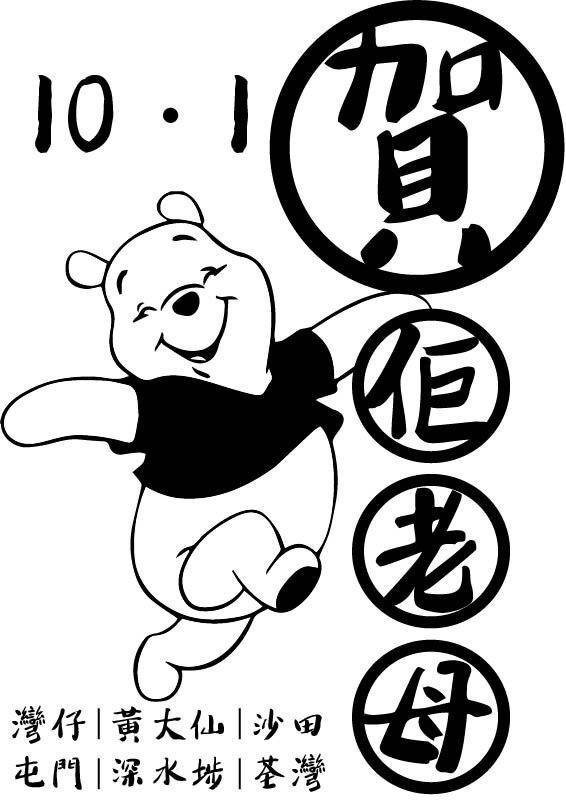 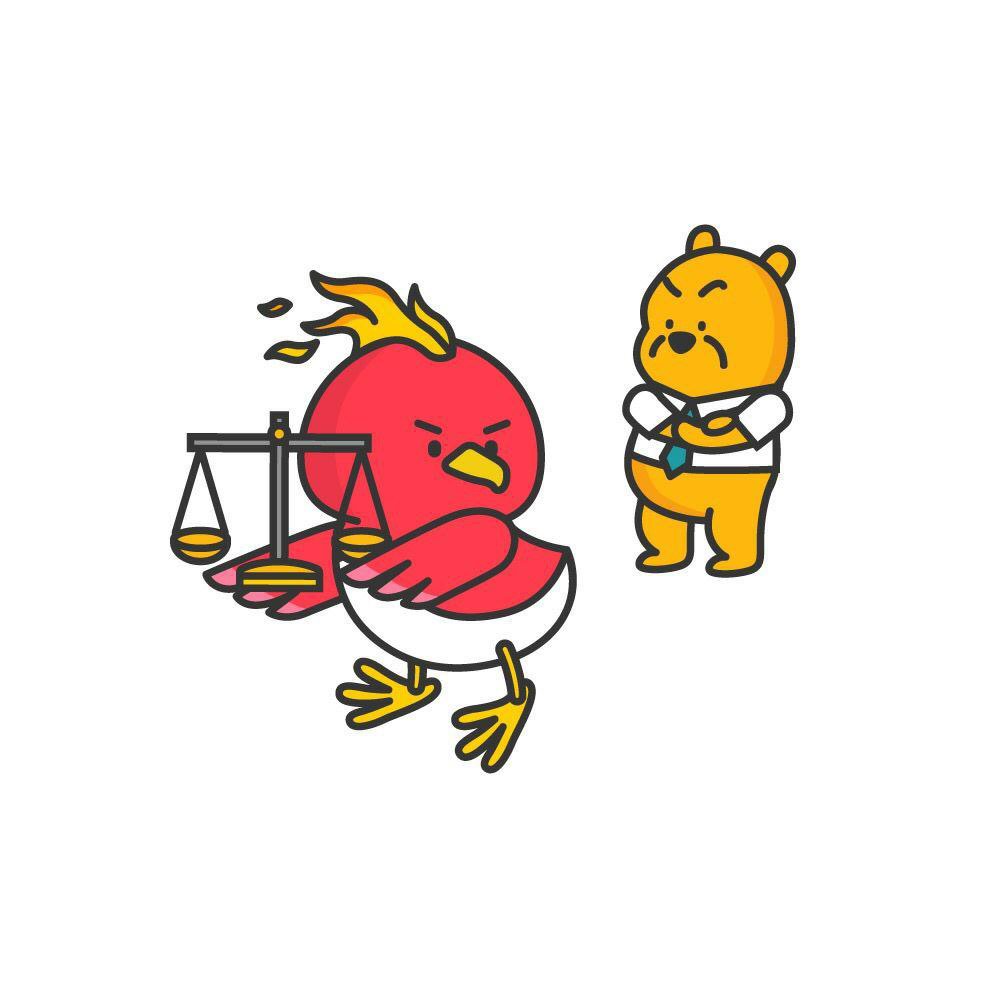 One shldn’t confuse the cutesy images as HKers somehow not taking things seriously. We know it’s deadly serious. But humor keeps us afloat, as does the idea that our small artistic gestures, our ability to still use our voices, are themselves ‘bear-y’ bigs act of rebellion. 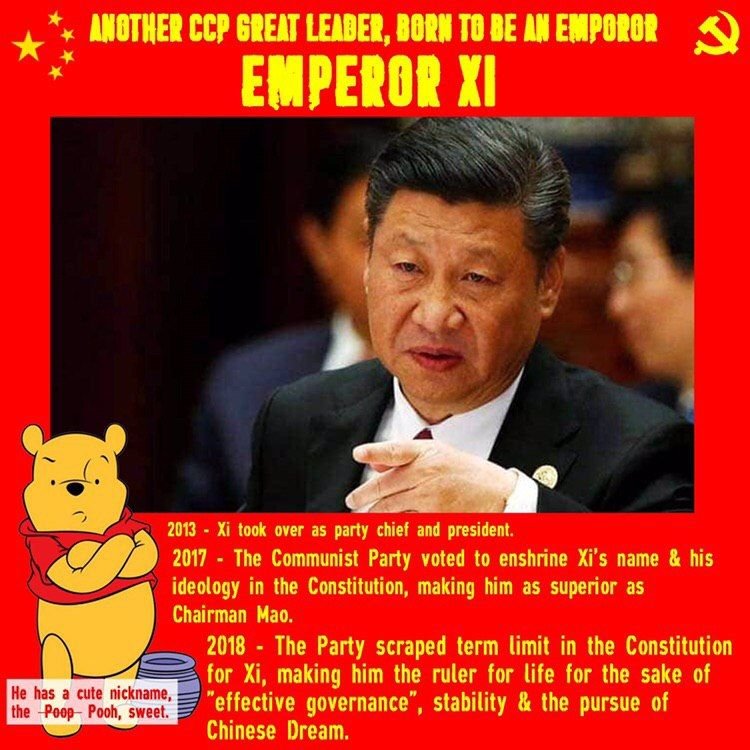 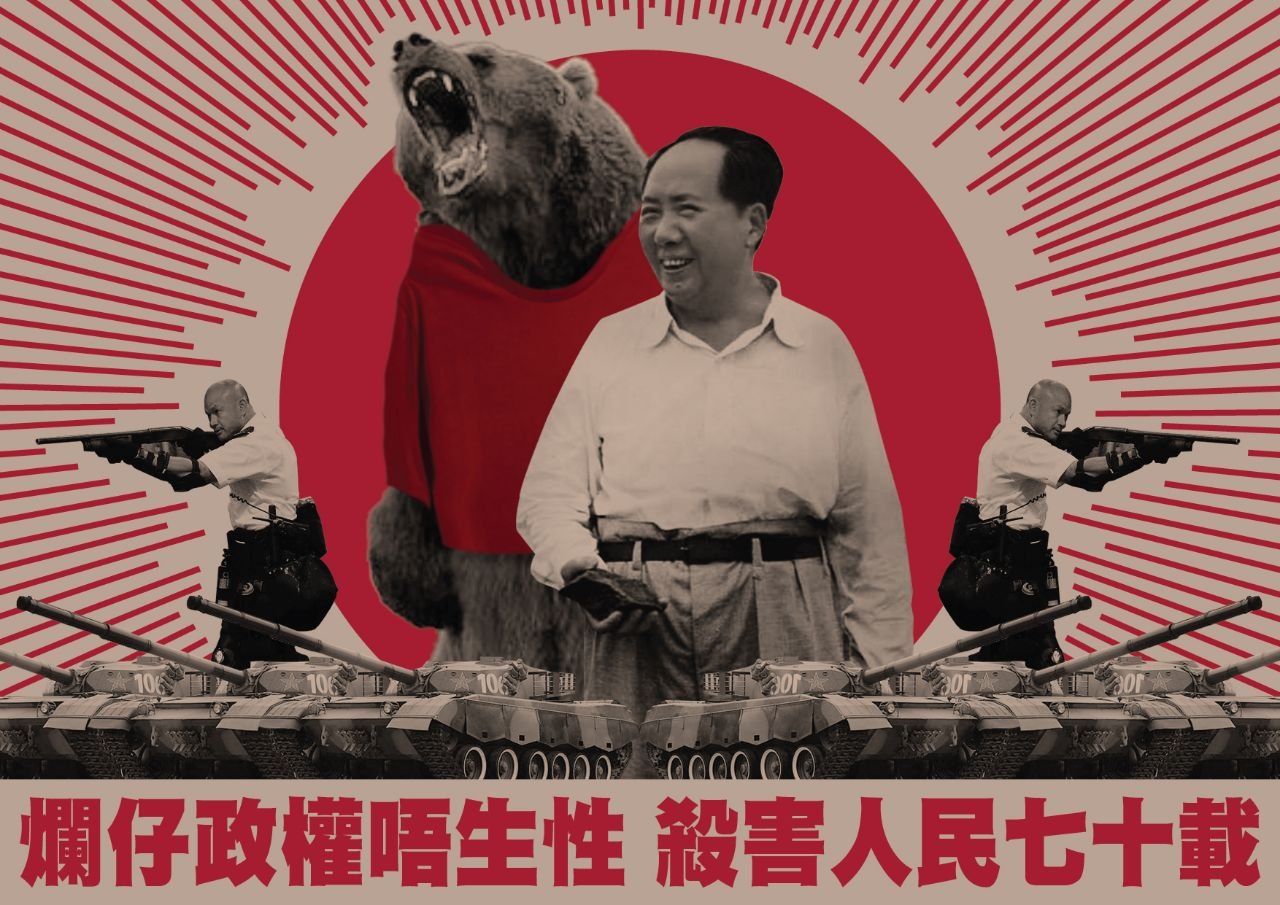 UPDATE - We’ve had a small explosion of Pooh, w/ artists outside HK also getting involved. Here are some of the truly disturbing ones. (Pics from TG or Reddit)

Below, more Pooh with Xi’s face (& one with a bonus Mei!). This is nightmare fuel. Show it to all your friends! 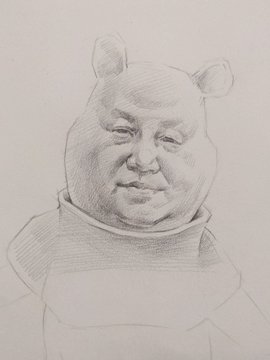 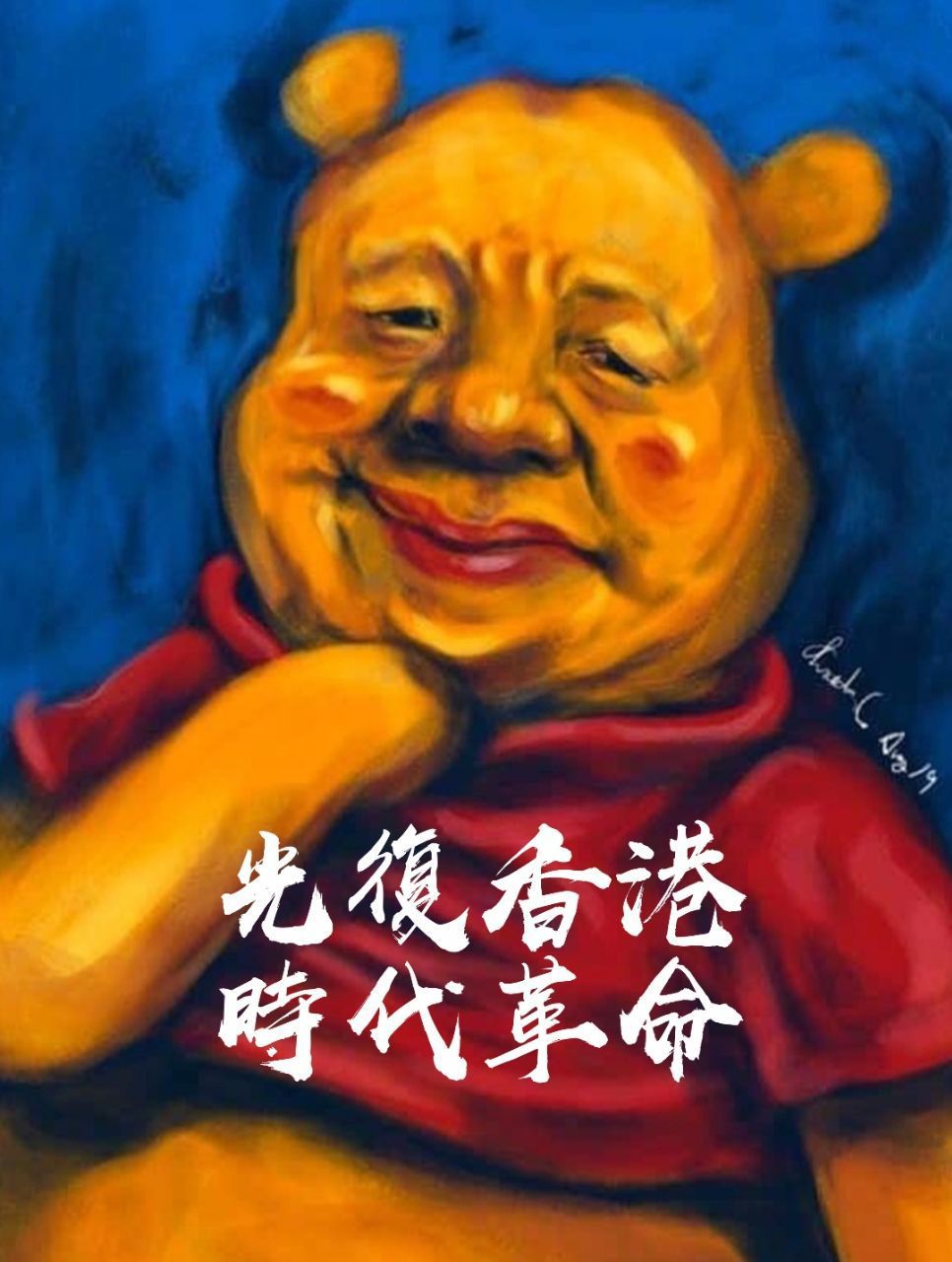 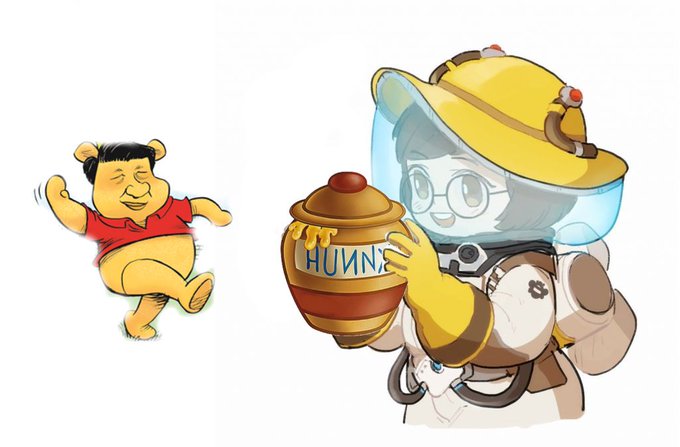 More w/ Pooh’s unsettling smile in the face of truly terrible acts. Oct 1 was the day the police shot a live round pt blank into a teenager’s chest - Pooh here smiles on & in fact holds the bloodstained sickle, suggesting HKers all know who’s really responsible. 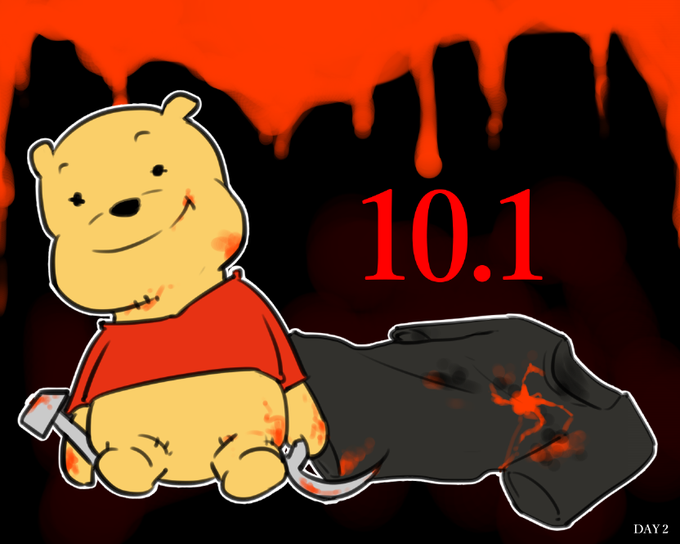 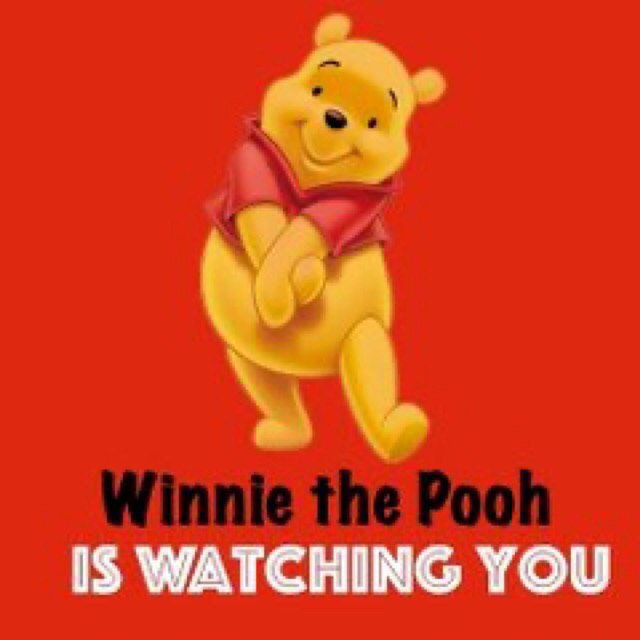 On left, someone superimposed Pooh on a World of Warcraft image - it’s the burning of Teldrassil… don’t think we’re suppose to read too much into it though, we’re just into the ‘burn, baby burn’ stage in the art right now. And the right… well, I had to see it, so you do too. 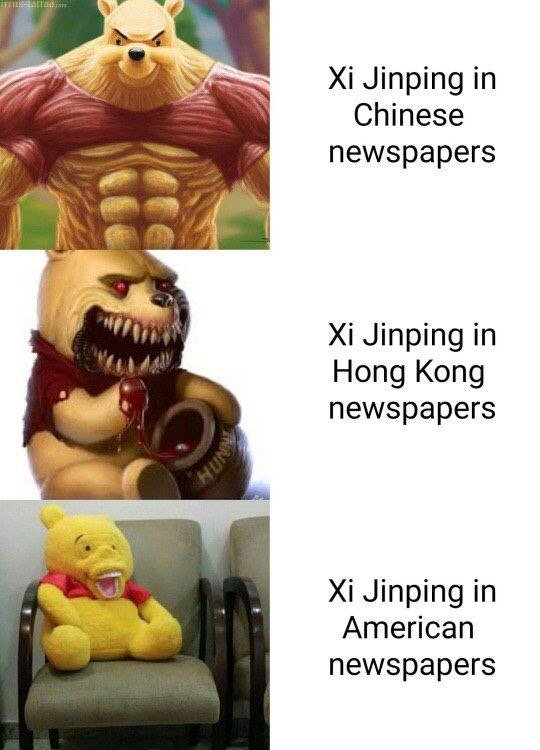