We’ve frontline ‘braves’, but the real revolution in HK is being undertaken by courageous men & women who’re standing up to talk openly abt sexual assaults by the HKPF, breaking taboos. I believe their stories. We must not fail them. 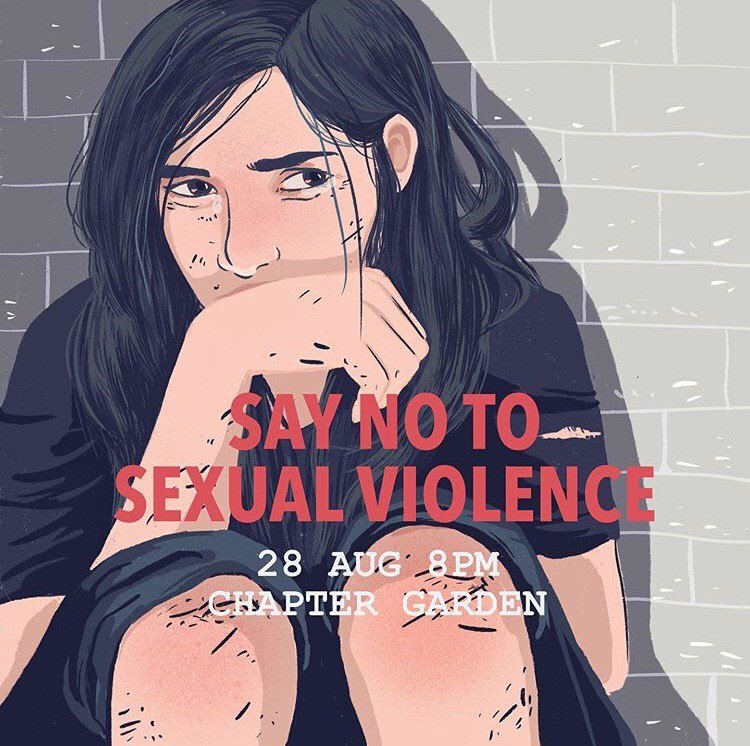 Rumours of sexual assaults by the HKPF have been swirling since Aug. Our art illustrates succinctly what these attacks boil down to - an asymmetry of power that allows perpetrators to demean and more importantly, silence their victims with absolutely no consequences. 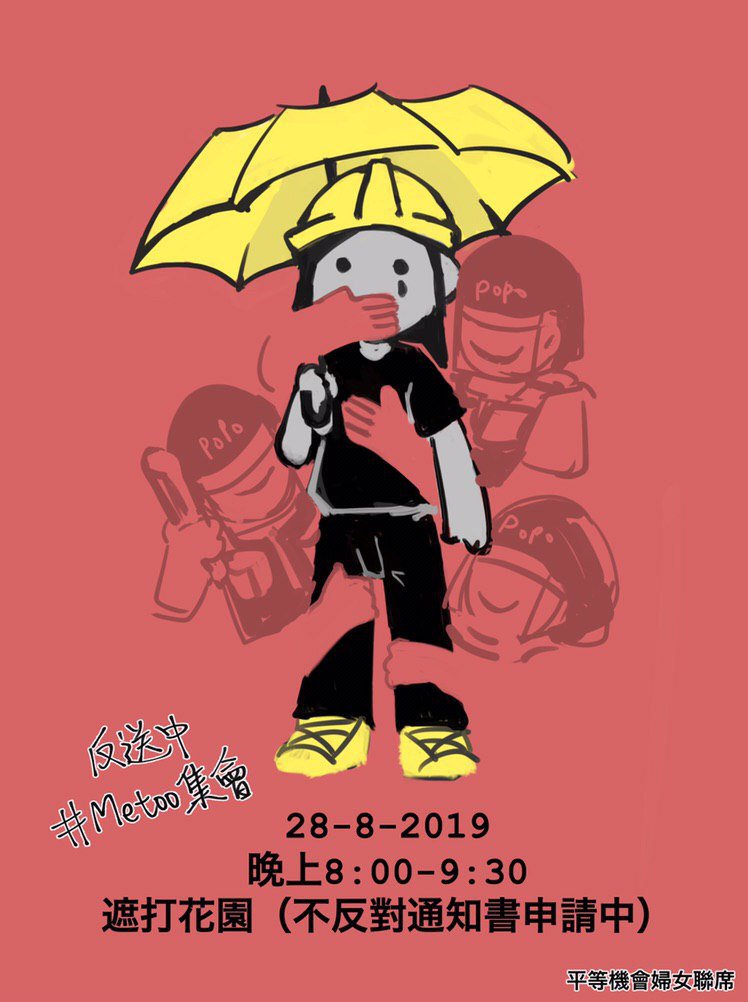 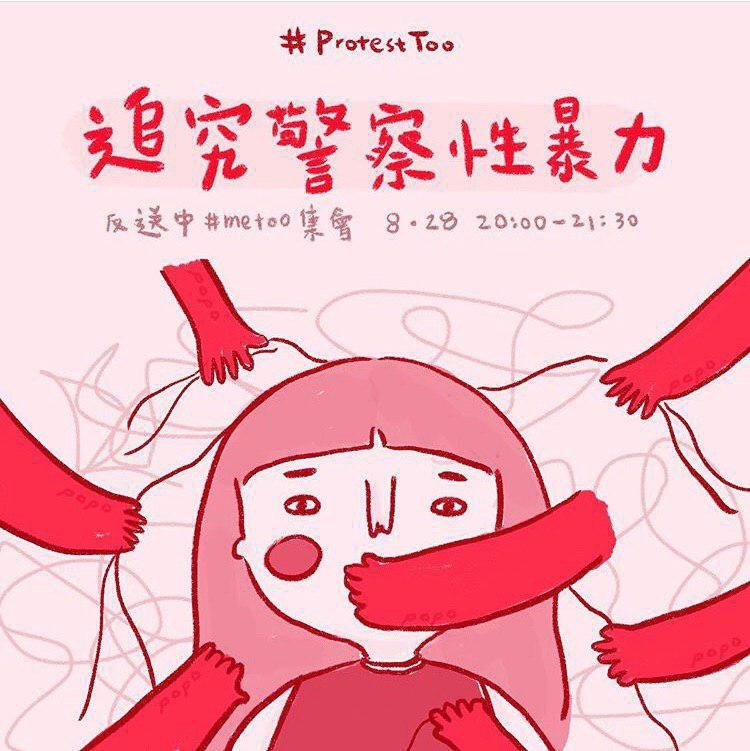 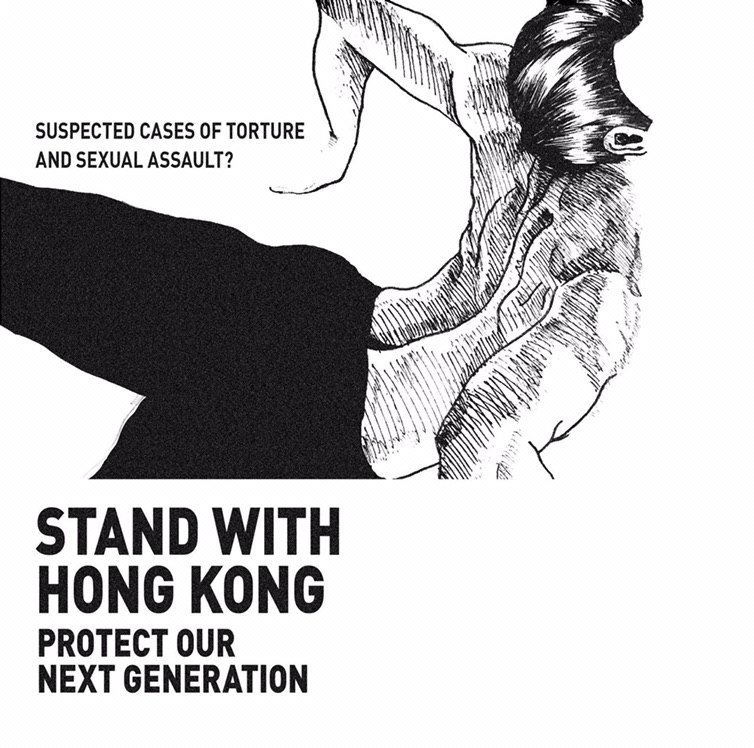 But the city has rallied round these victims of assault. In Aug, we held a big #ProtestToo event which gave both women & men a platform to give their testimonies abt the violence inflicted on their bodies and psyches. We supported them, we welcomed them, we believed them. 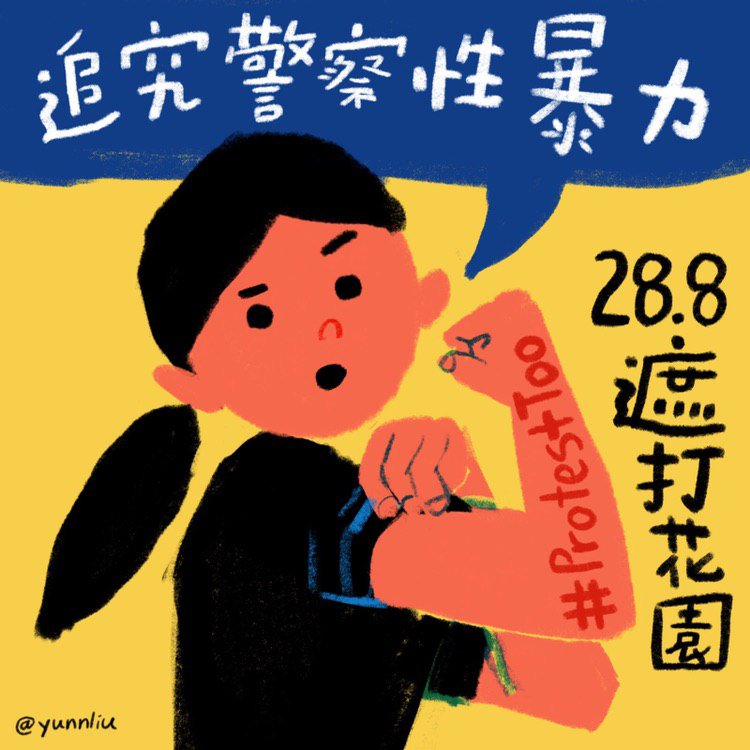 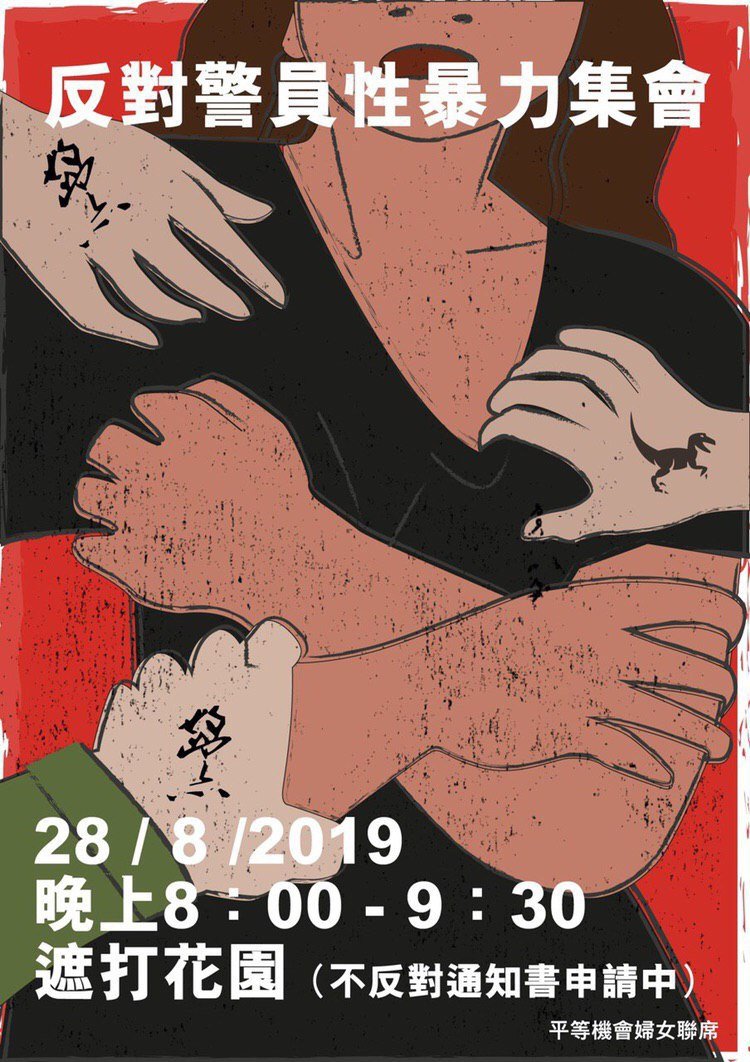 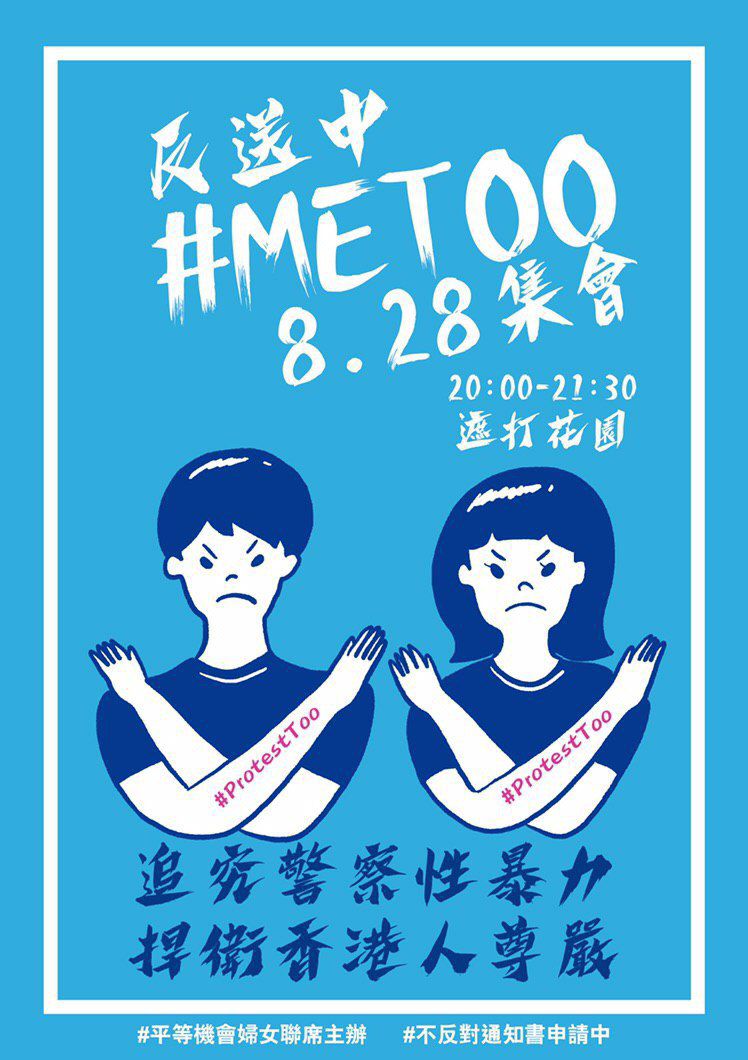 Bcos we can all see the asymmetry in power now, even those whose wealth and gender had previously made them immune to it - & therefore blind to it - before. We understand that when someone feels they can crush you with force, they will find so many other ways to violate you. 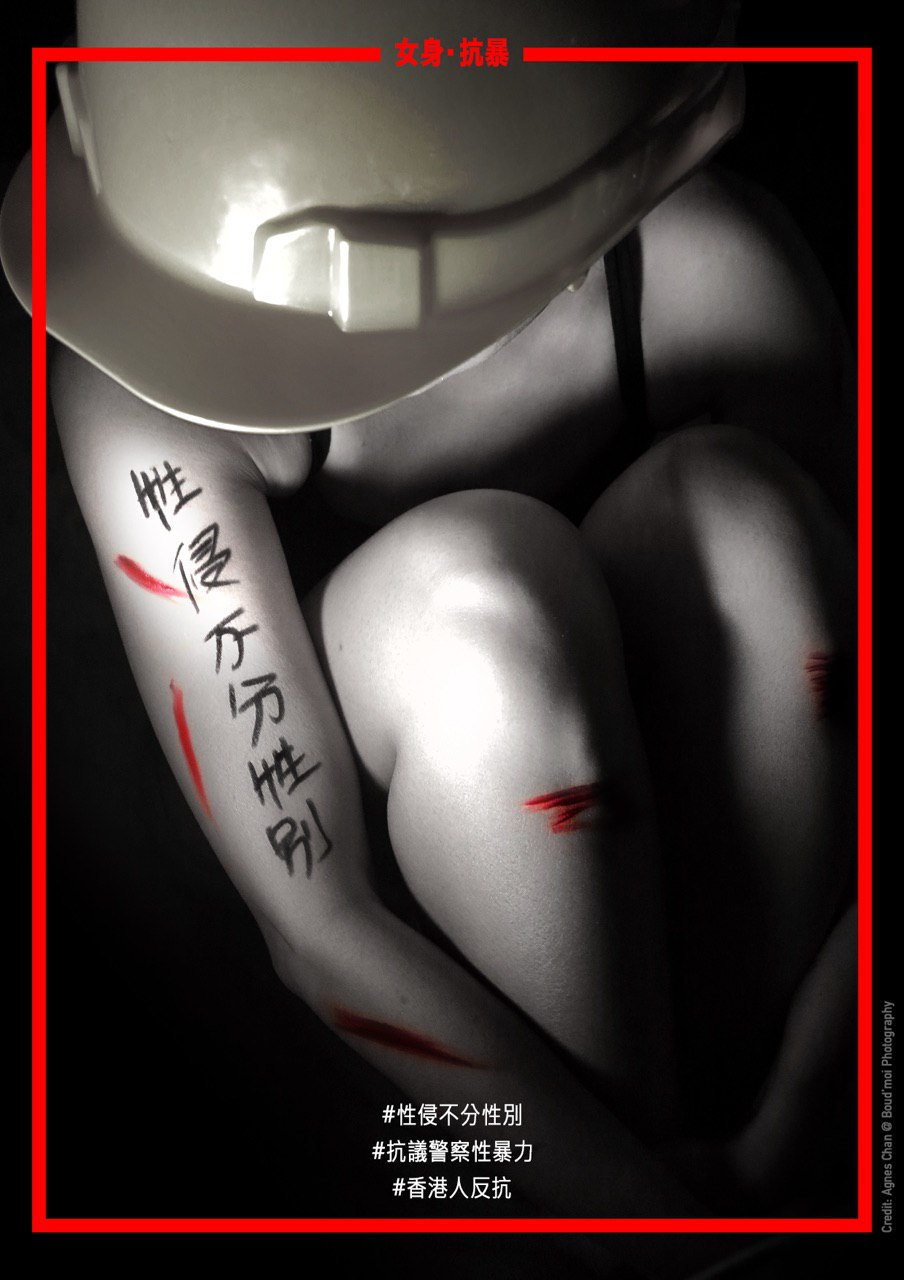 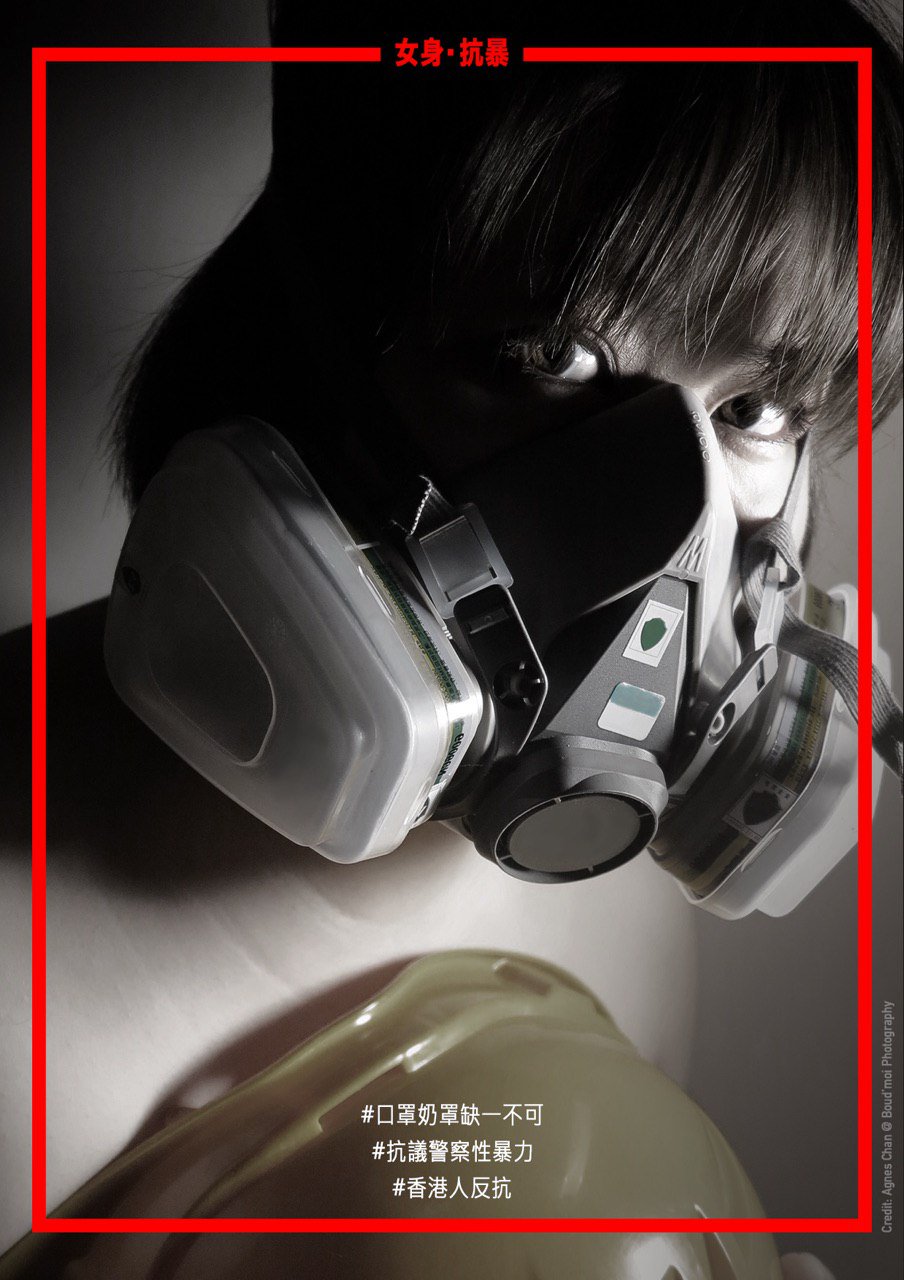 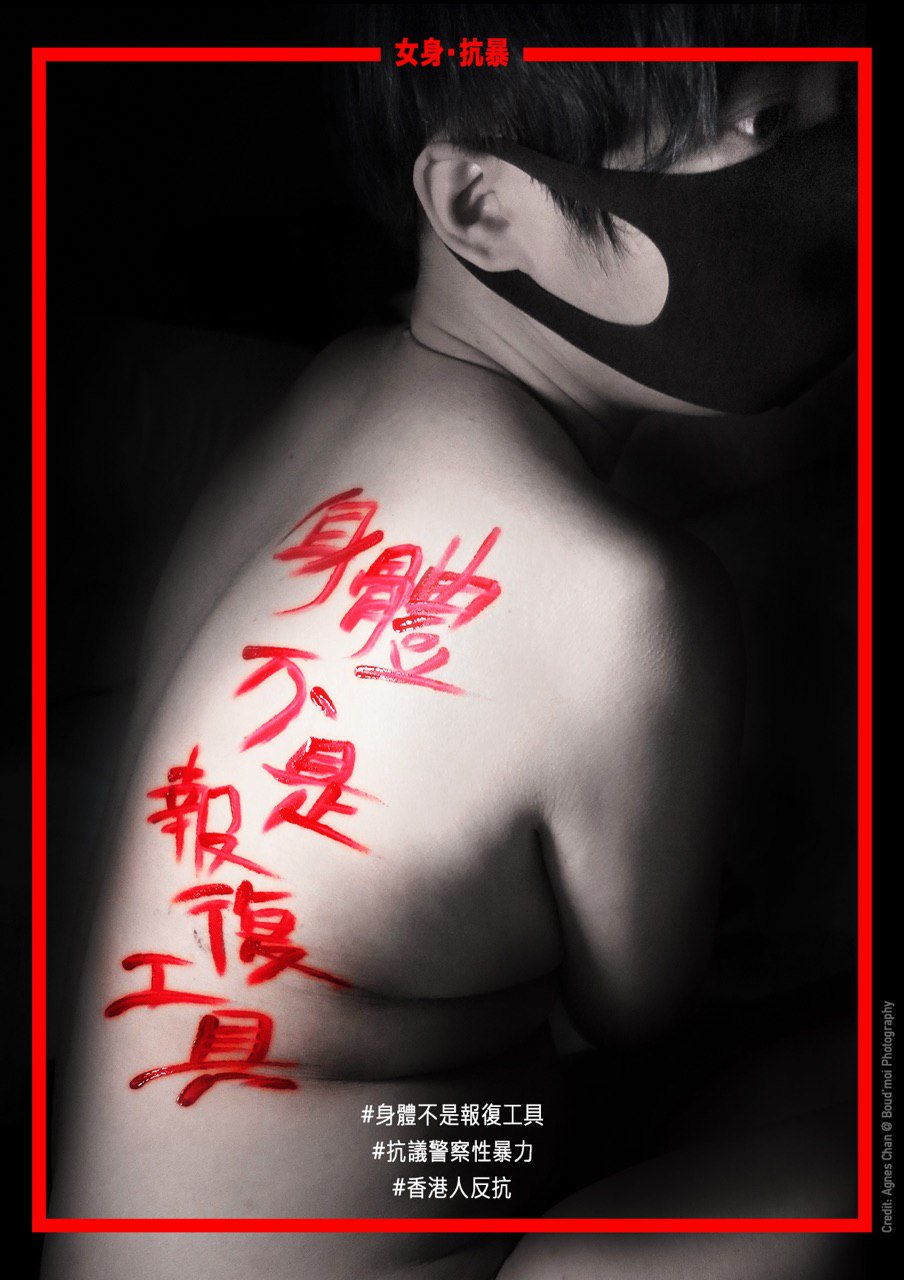 Our art here links sexual violence to the physical hits & verbal abuse we’ve suffered at the hands of the HKPF in the last 5 mths. The shot to the eye, the one to the heart, being called an ‘object’… Sexual assault has become just another weapon in the HKPF’s arsenal. 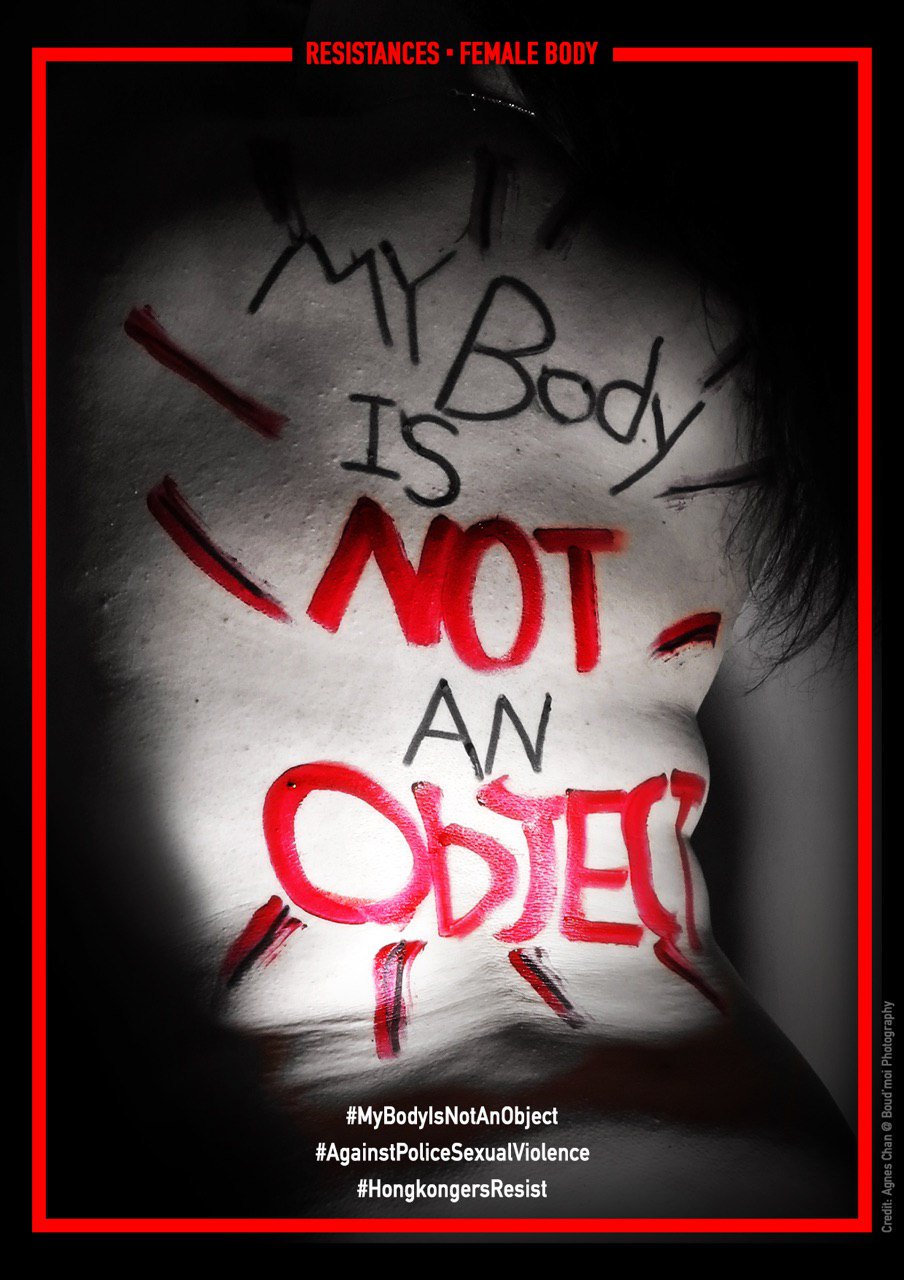 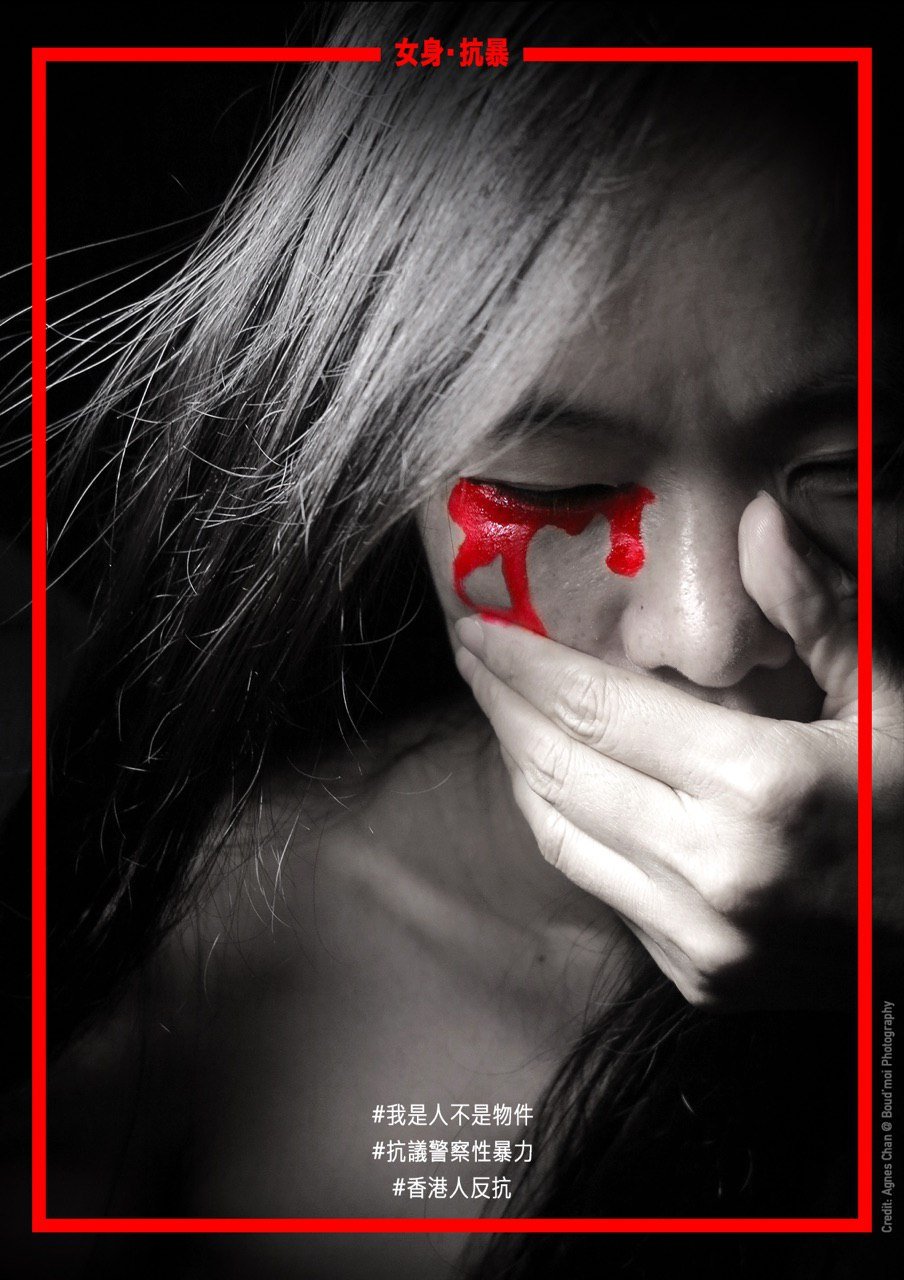 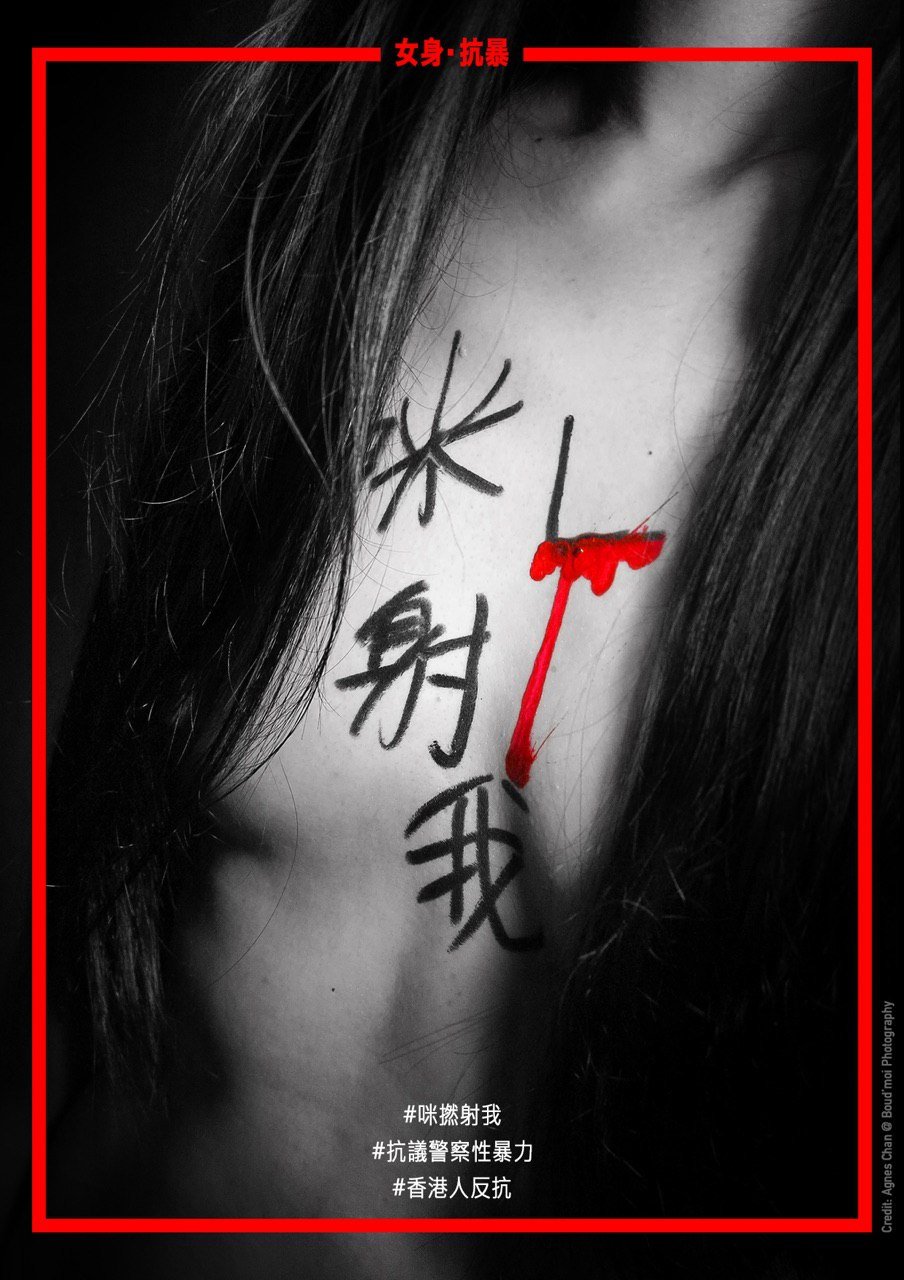 But we’re uncowed - our art shows many going ‘fuck it’; we’ll keep telling the world the truth. #metoo is abt power asymmetries but we must not wait until we’re at the powerless end of a dynamic to empathise. We must believe victims now. 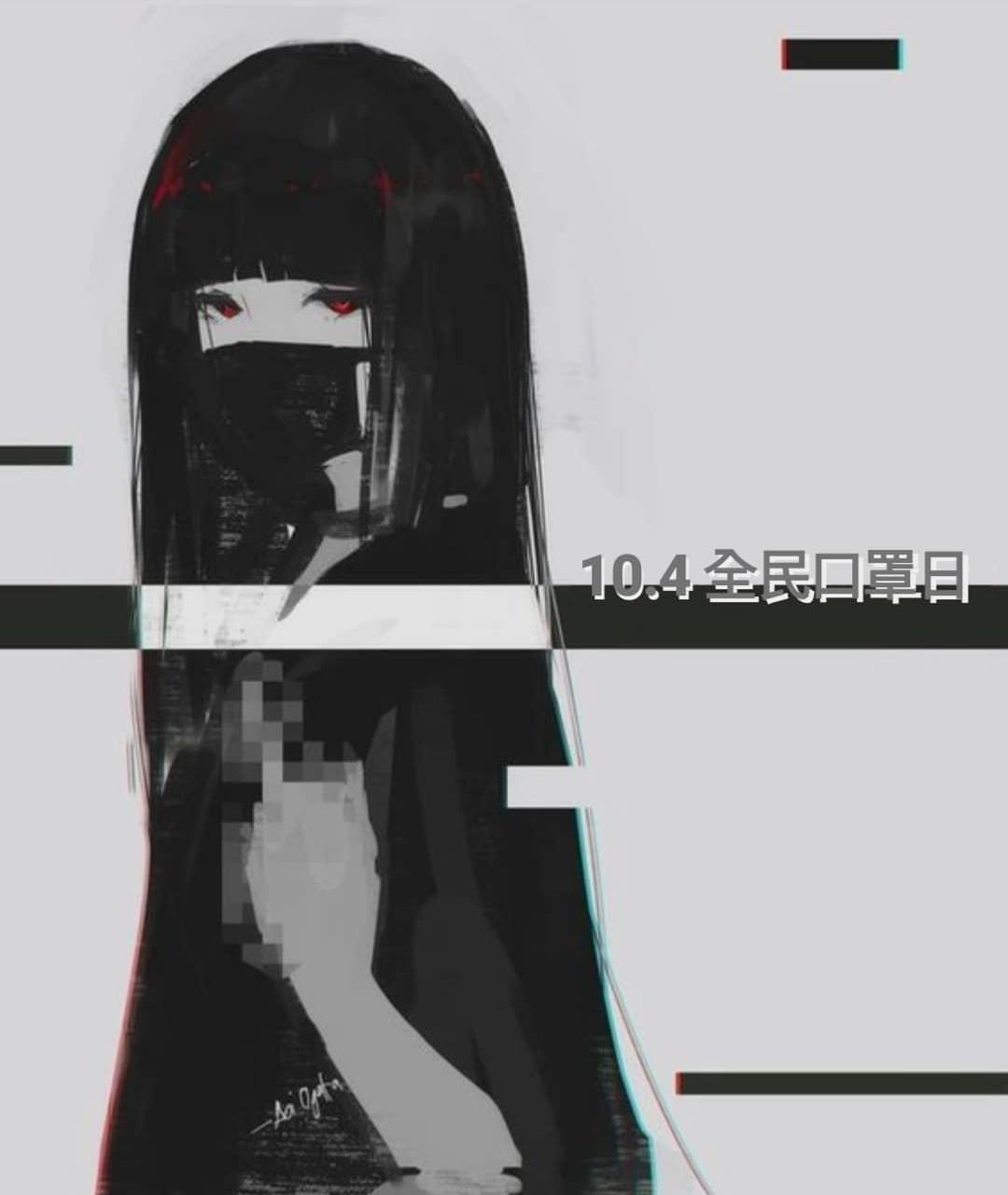 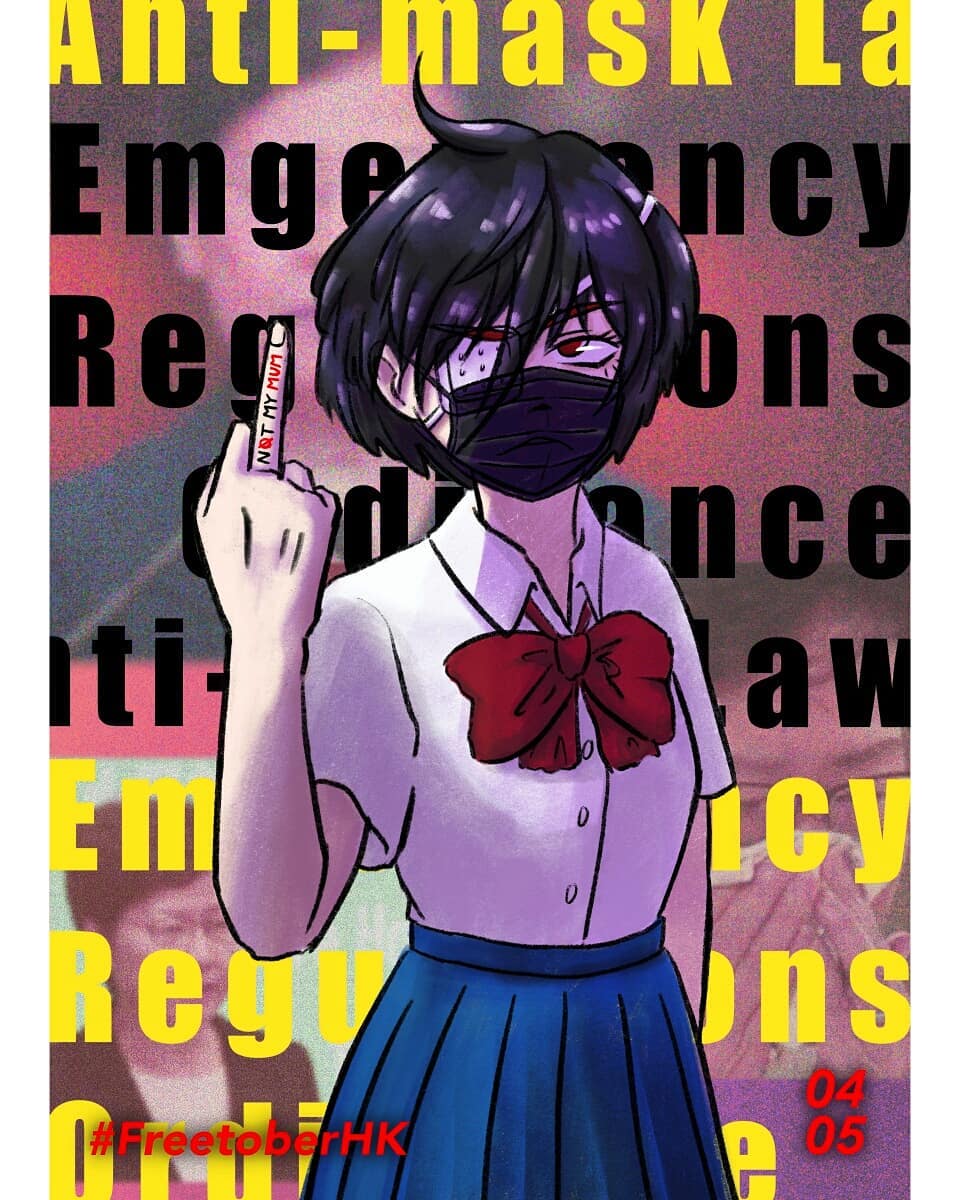 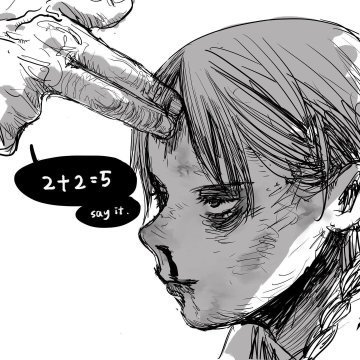 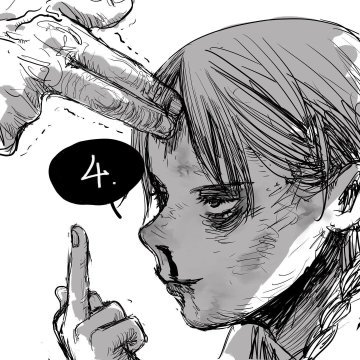