It’s 3 months since 21 July, the 1st major turning pt in the mvmt. It changed irrevocably the way HKers think about the HKPF, the MTR, their sense of security… We revisit the instances it popped up in our art threads. 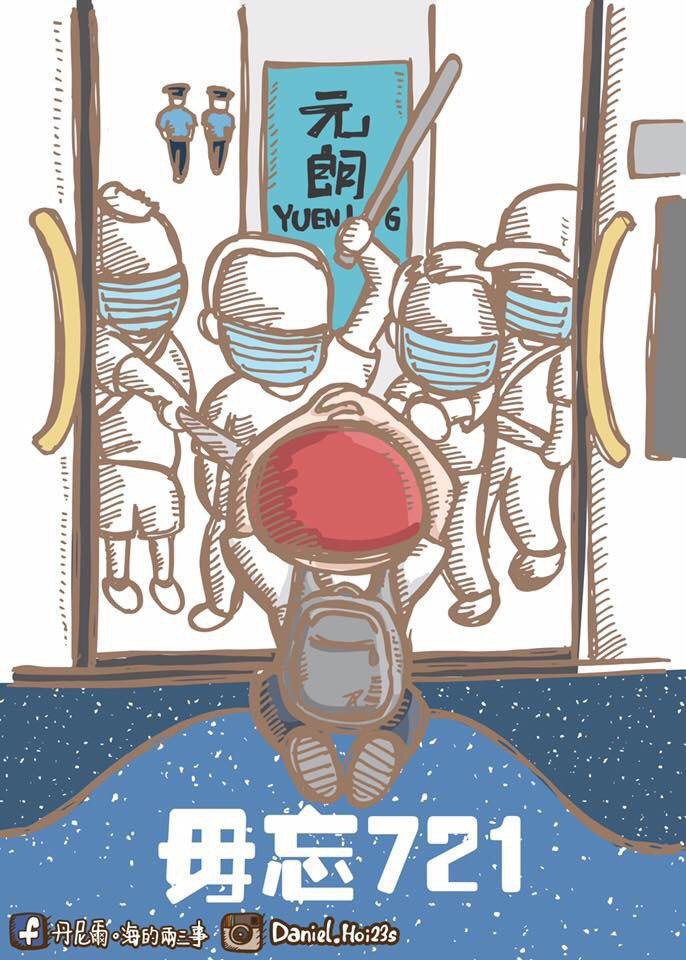 Police: 721 marked the beginning of the end of public’s trust in the HKPF. Before the date, some HKers were still trying to appeal to the police’s conscience. After, we were convinced they had none left. See ‘Dogs of War’ thread below 👇

‘Black cop’: The new word for the police, an amalgamation of 警 (police) & 黑 (black/triad) appeared right after 721. It has become mighty useful. See ‘Weight of Words’ thread below 👇

The Weight of Words

MTR: 721 marked the day when HKers started to seethe against our subway, since they are seen to be complicit in the beatings meted out on ordinary folks by the govt-backed thugs. See ‘Melted Iron’ thread below 👇

Horror: Related to the loss of a sense of security, 721 was also what sparked the first wave of horror-related protest art. It was our first collective trauma. It would not be the last, sadly. See ‘The Horror’ thread below 👇

‘Revolution of our times!’: 721 was what really popularised the phrase, which had been a loaded slogan before, associated with HK independence. But we were just that angry to contemplate wholesale change. See ‘Boiling Point’ thread below 👇

UPDATE: To mark 6 months since 21 July, we have these minimalist posters from TG. On the left is a reference to the police turning a blind eye to the attack, and on the right… well, it’s what one of the victim’s back looked like after being beaten by the triads 😣 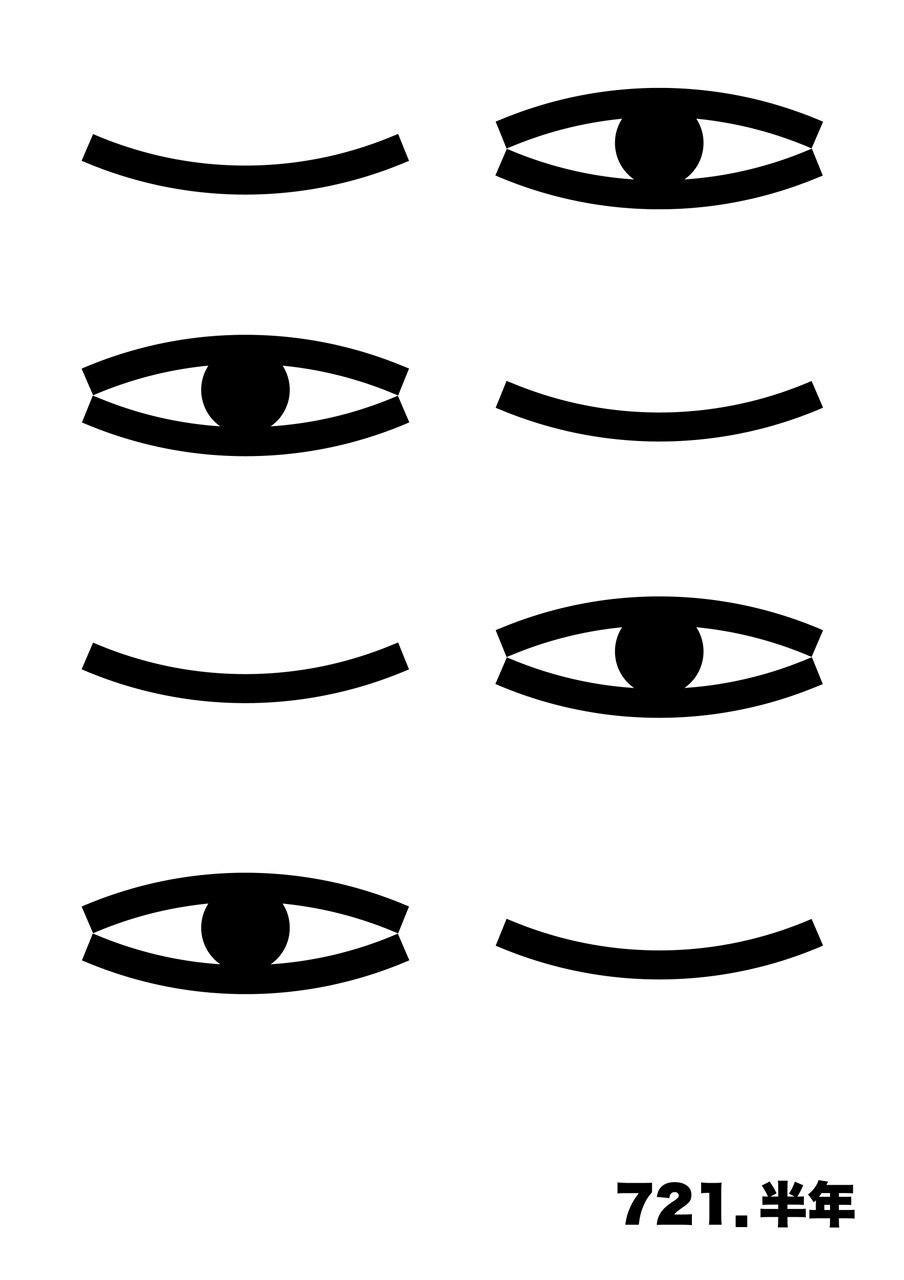 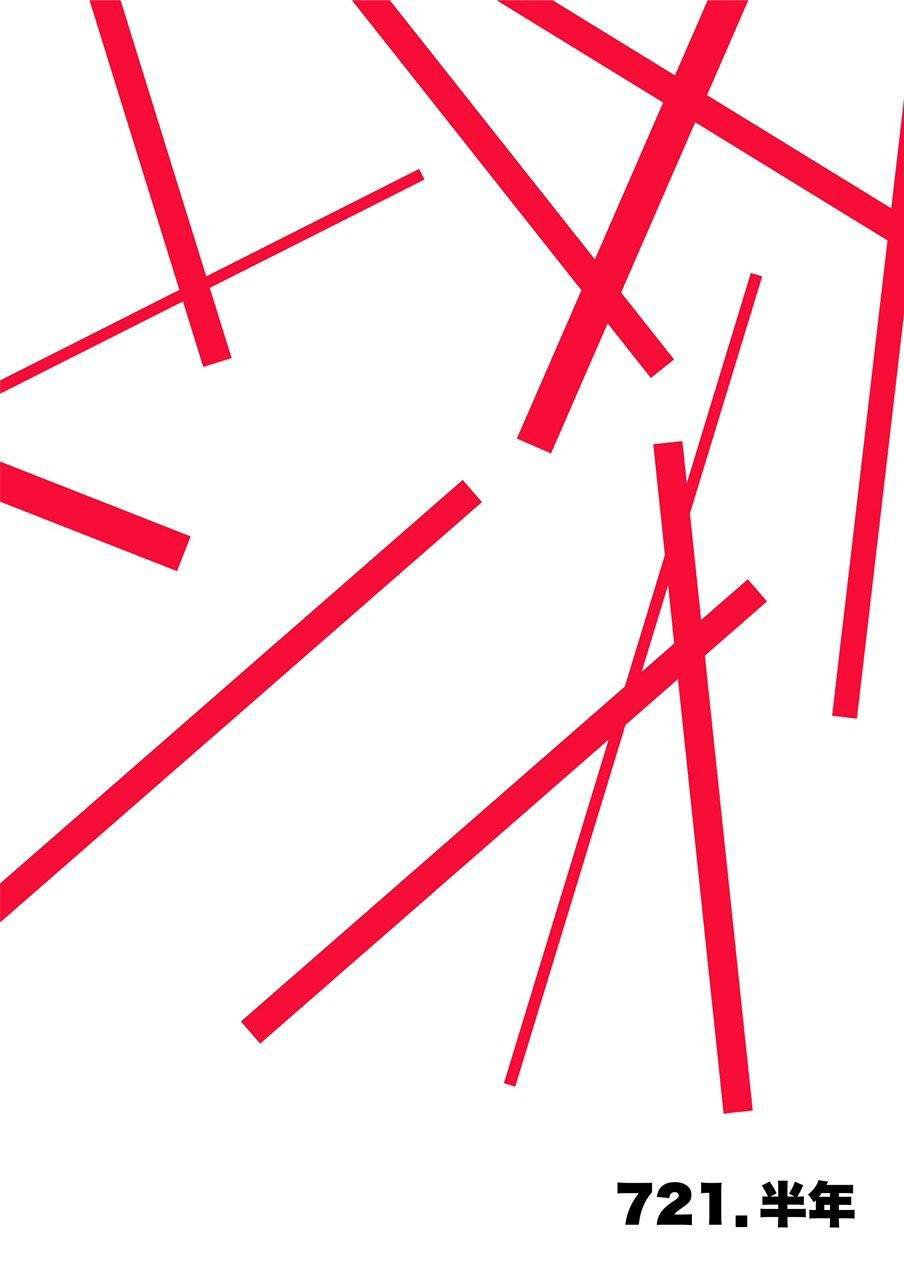 It’s now 9 mths since 21 July, when triad members assaulted HKers at Yuen Long MTR stn while the HKPF ignored all emergency calls. It was the first - of many to come, unfortunately - moment when HKers realise the city we love is not entirely ours anymore. 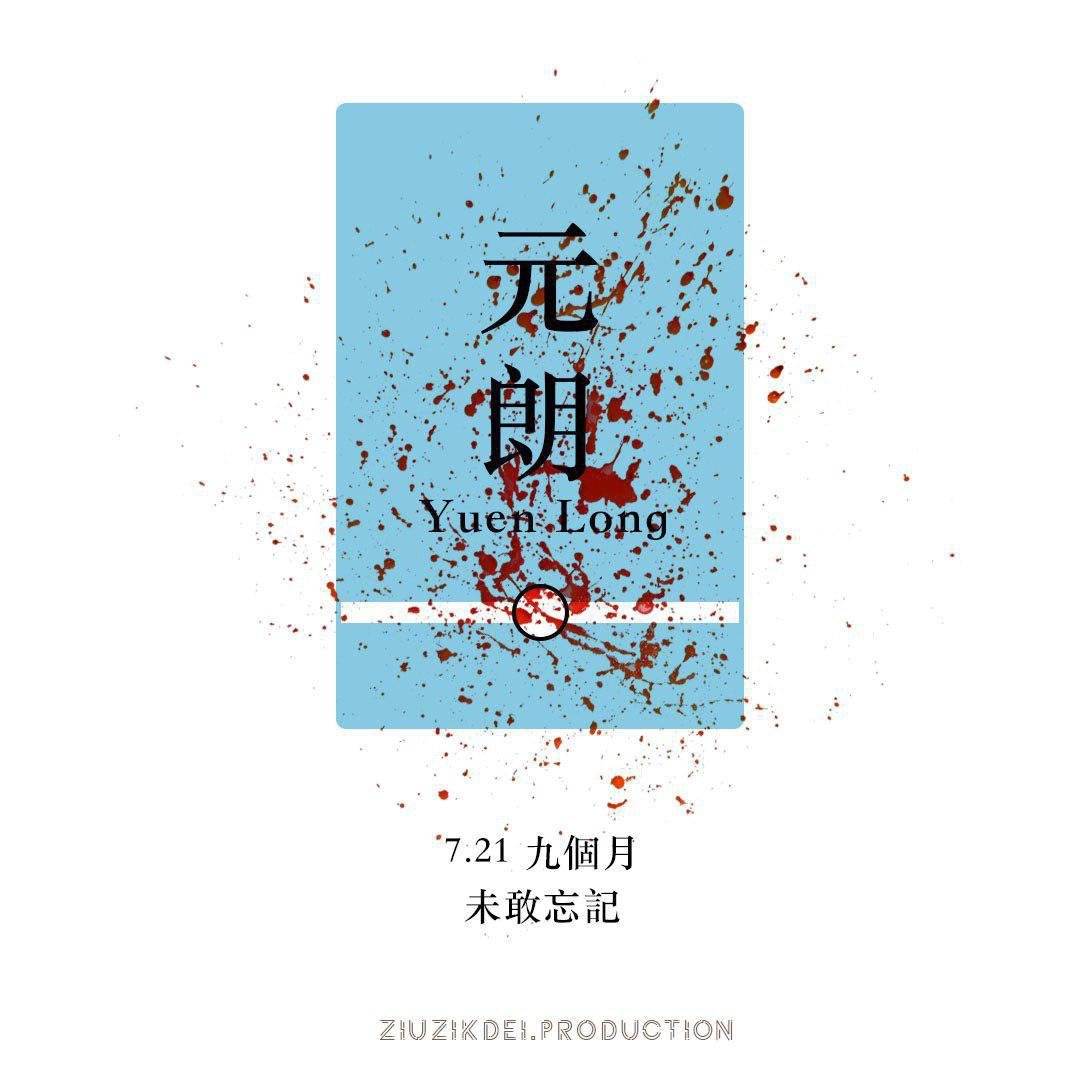 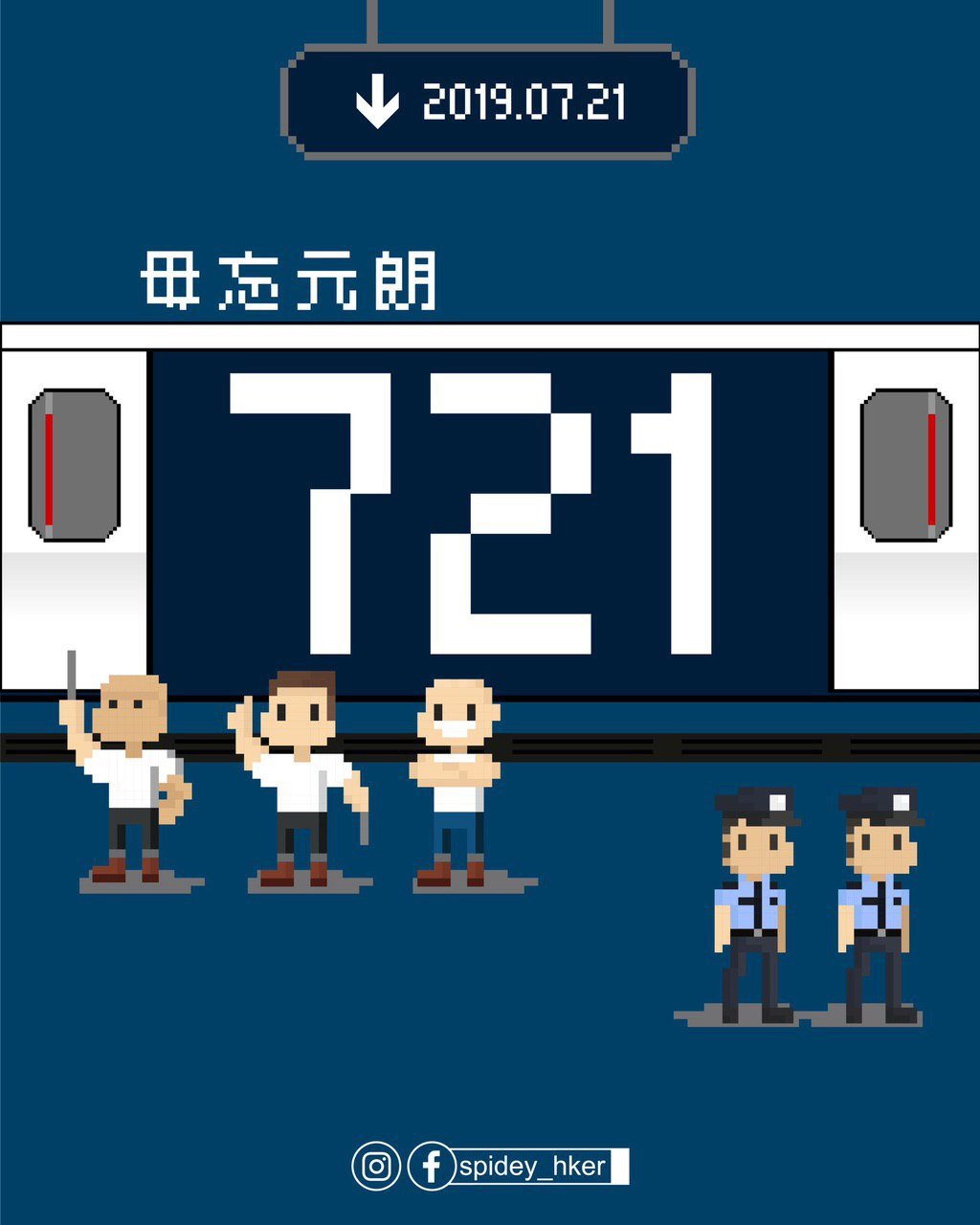 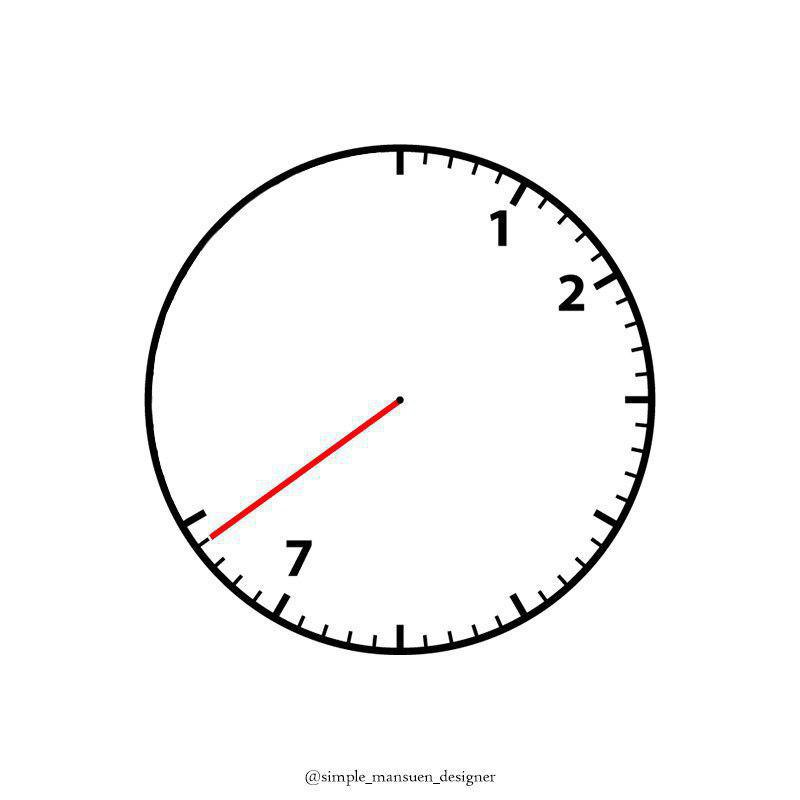 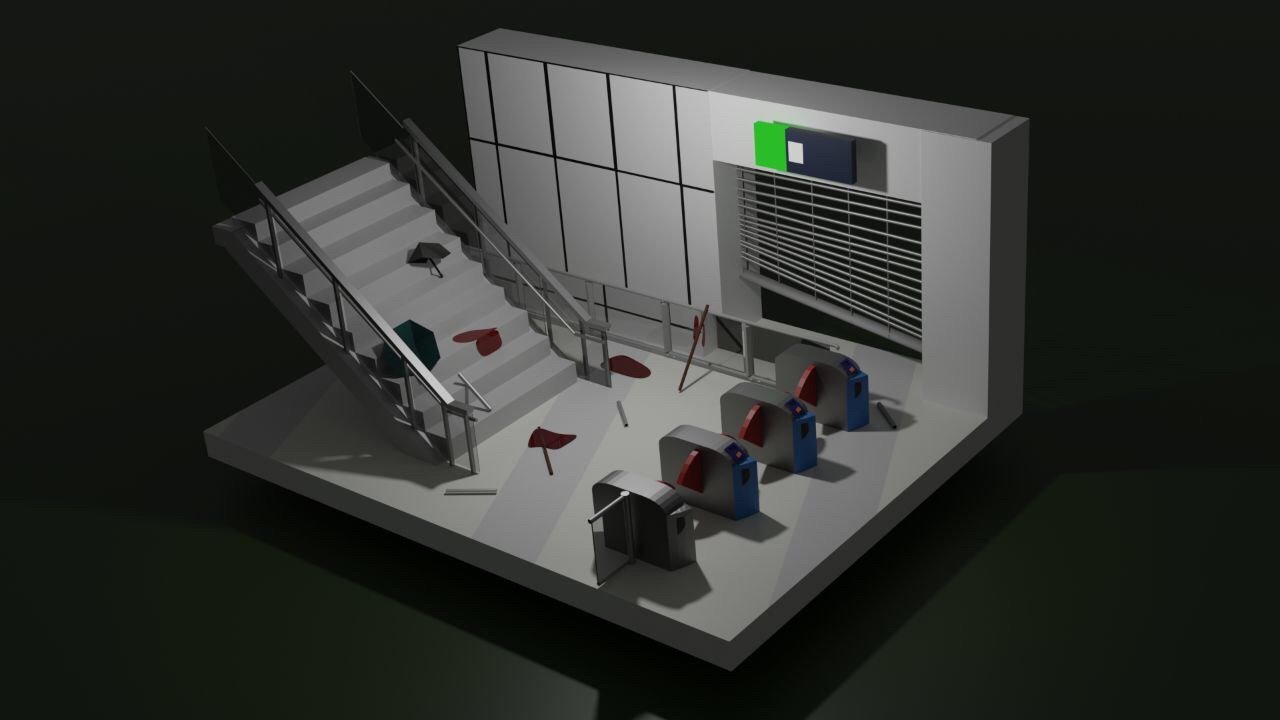 Ignoring emergency calls is unforgivable. What happened was worse - HKPF were filmed getting chummy with the triad members dressed in white. It was clear they were working together. HKers are still waiting for justice to be served for that night, and so many after it. 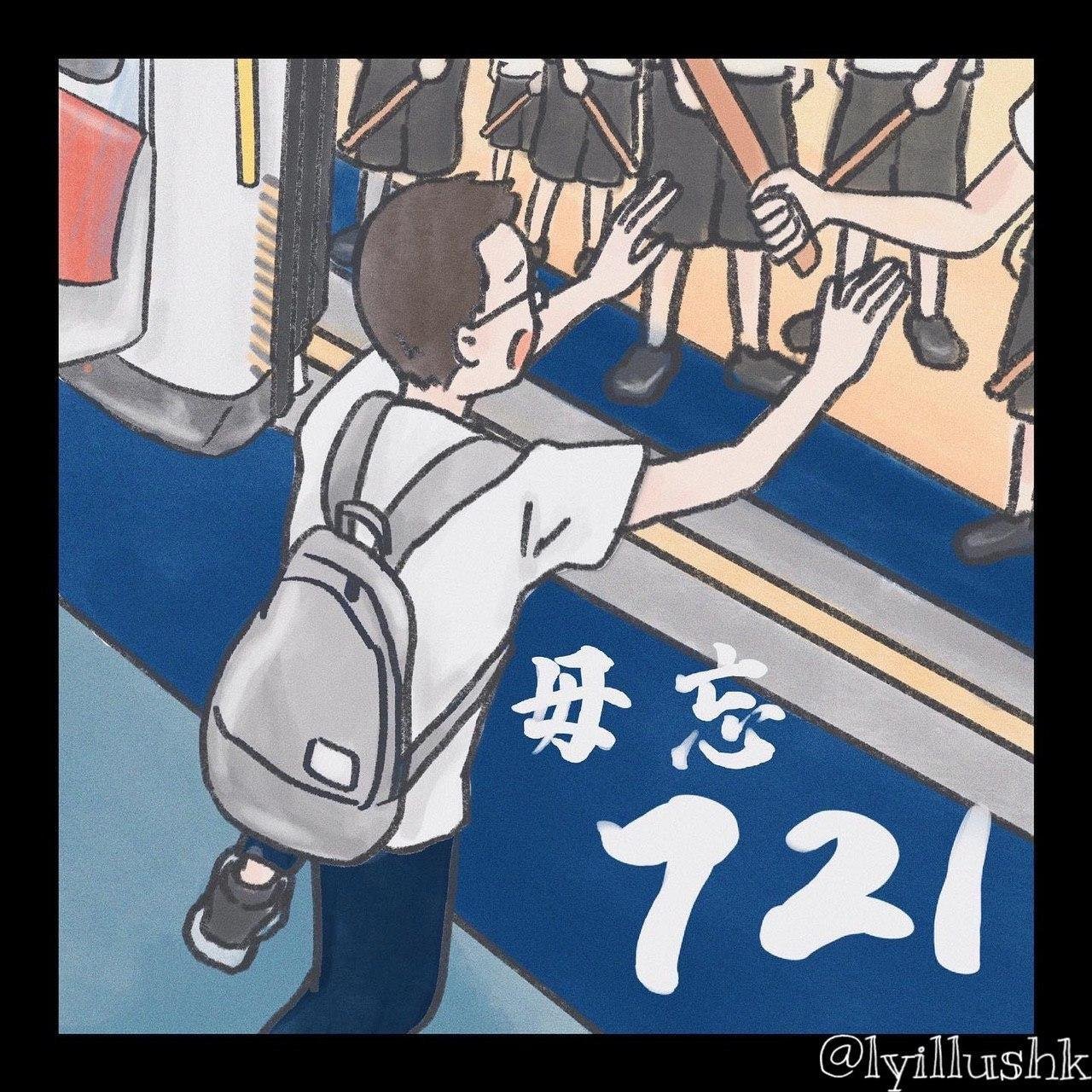 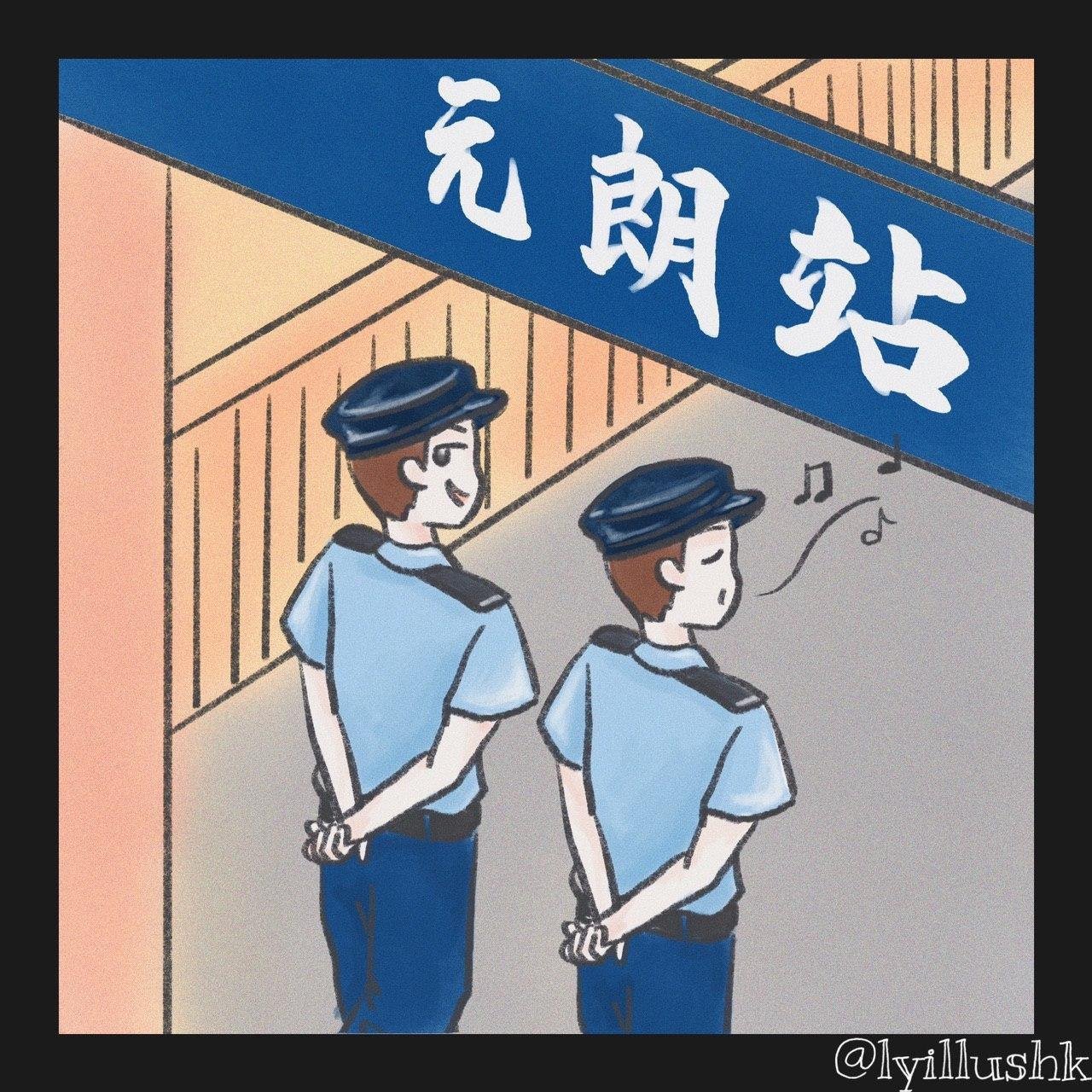 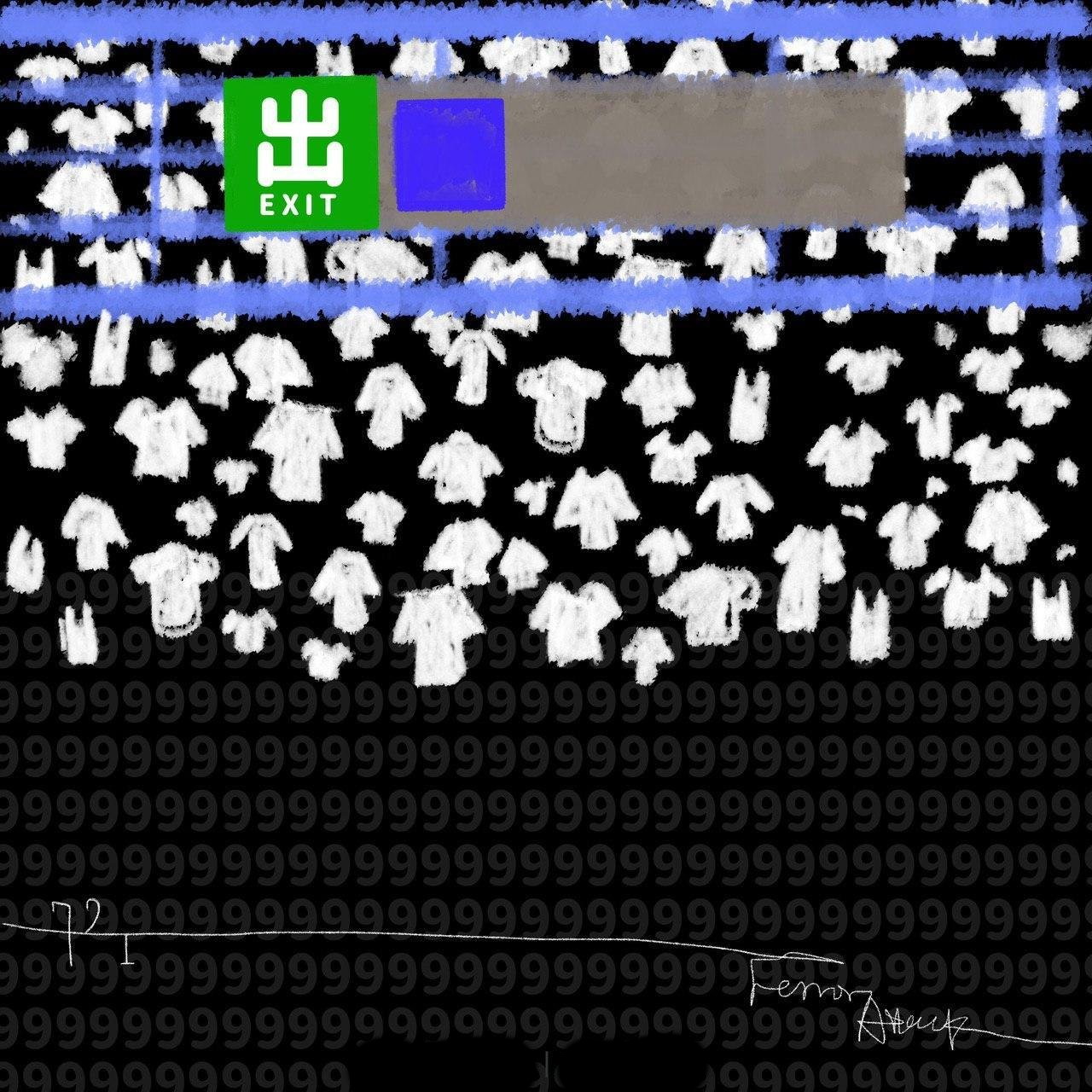 A few more for the 9 month anniversary of the Jul 21 Yuen Long attack.

You can measure how hurt and angered HKers are about an incident by the amount of art we produce for it. And well, there’s a lot of 721 art, most of them bloodied and sad like the ones here. 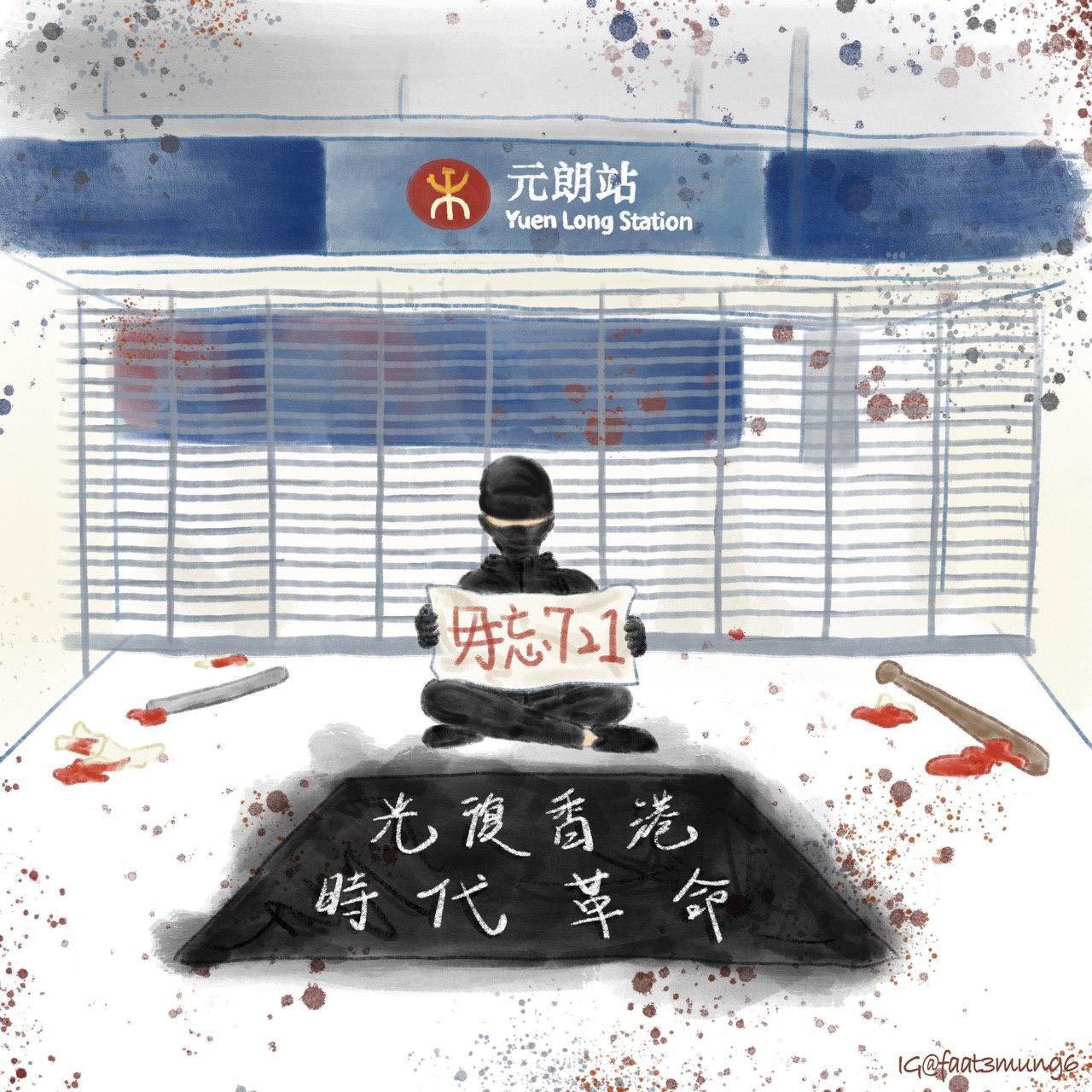 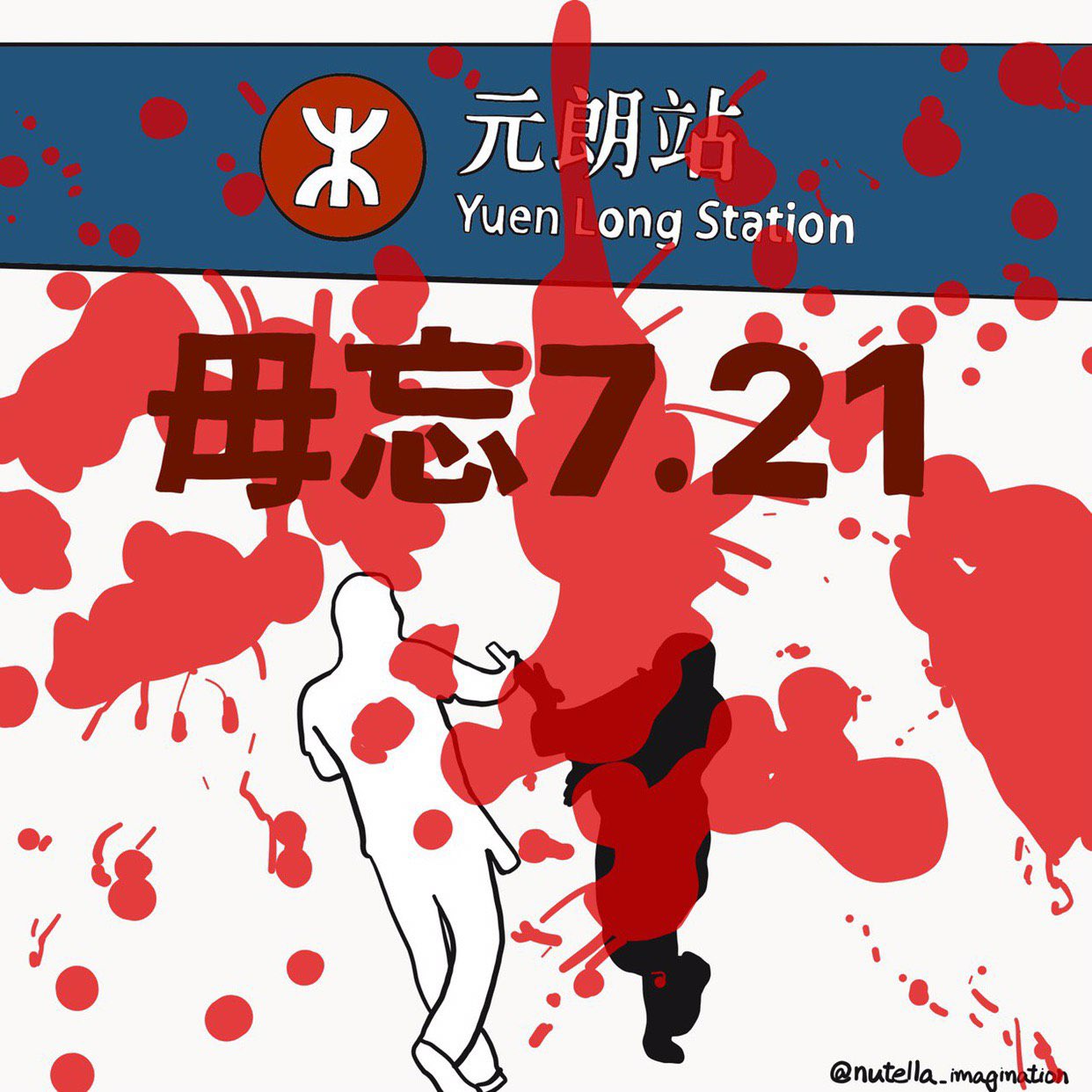 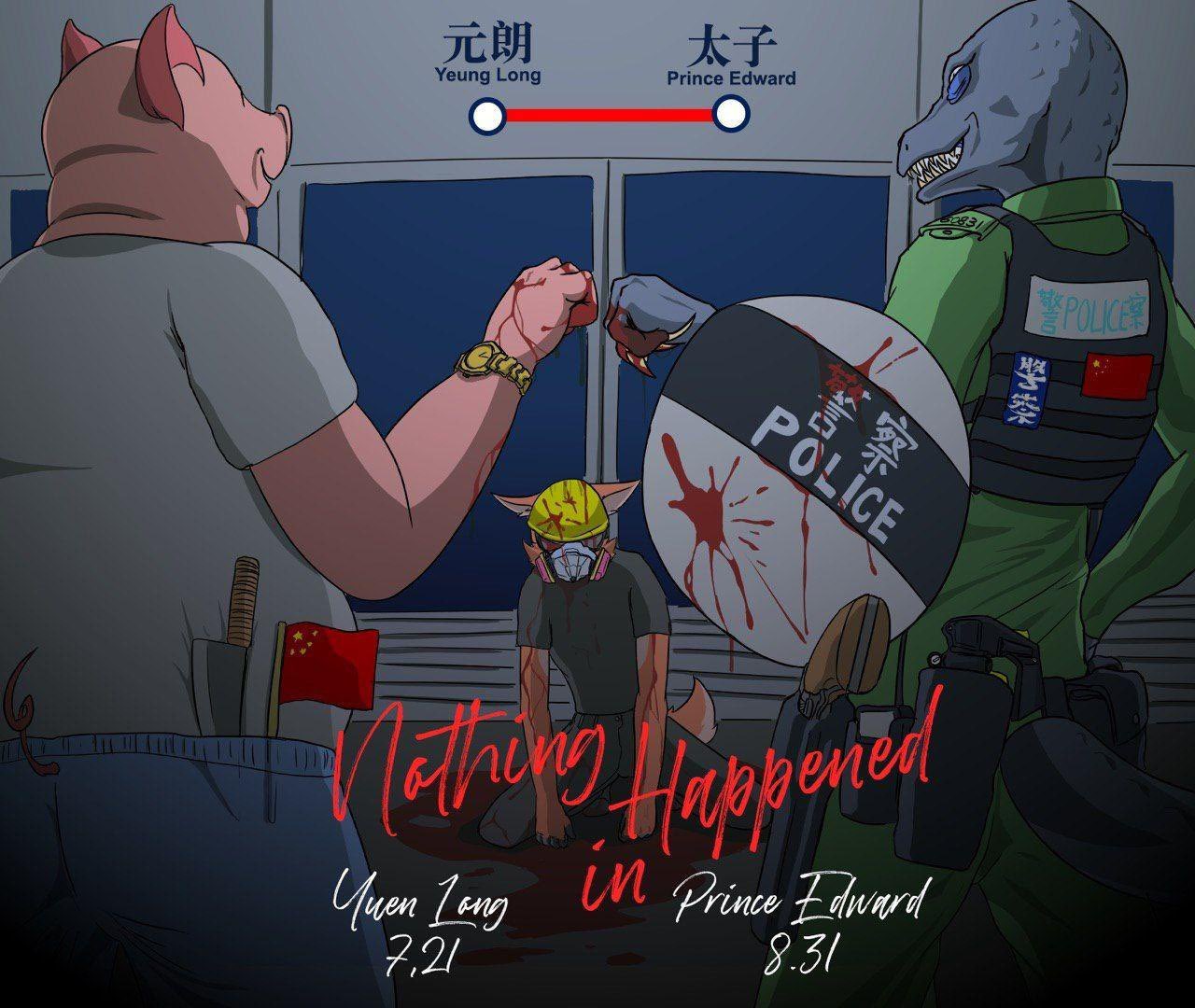 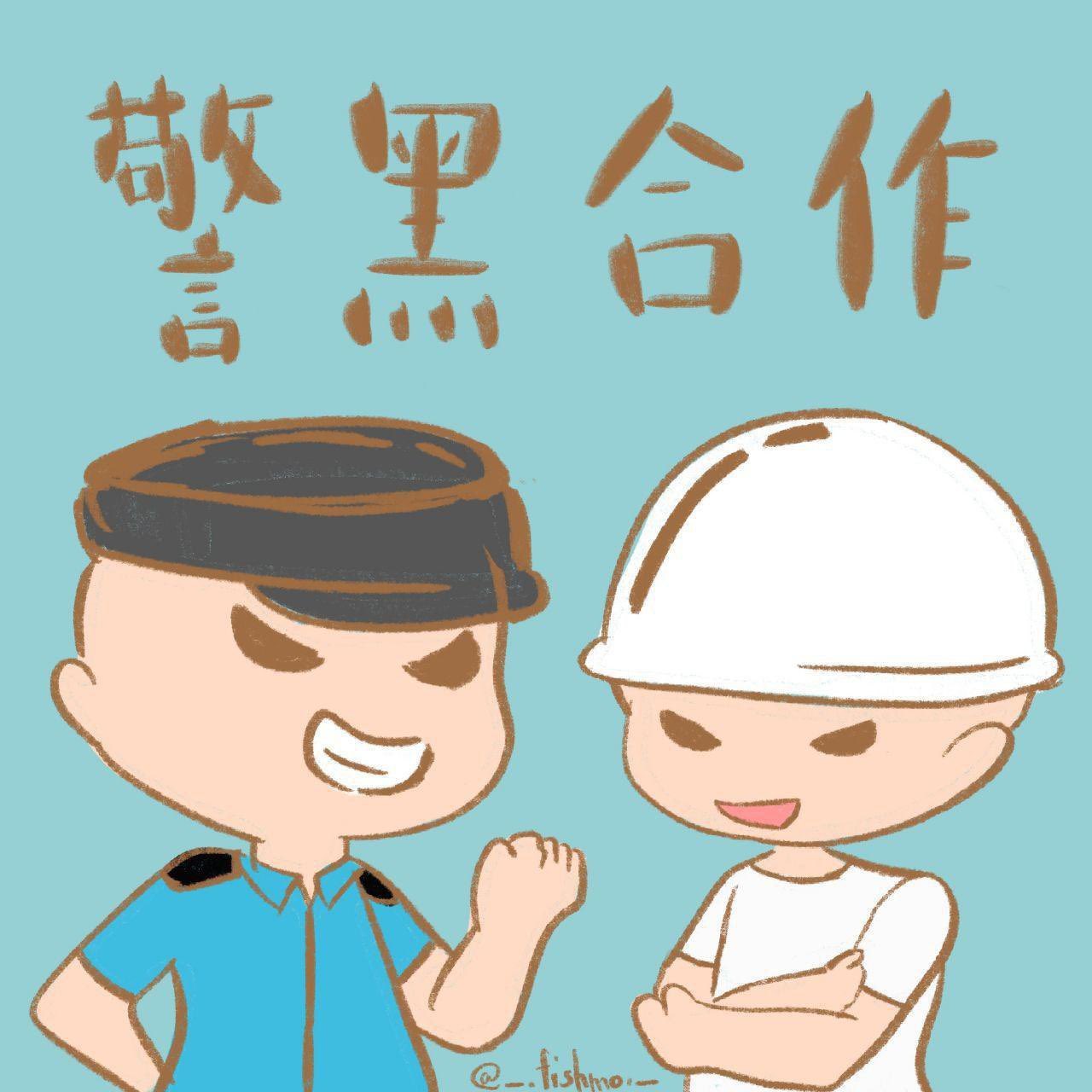